PMD-E isn't just sunshine and rainbows. As a matter of fact, the story can get even more Darker and Edgier than the worst parts of the games it spawned from. This page is dedicated for dark parts of PMD-Explorers, from disturbing characters to horrific canon monstrosities. 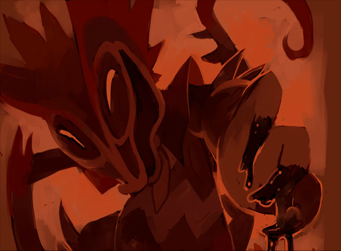 "Gotta give to get..."
Advertisement: