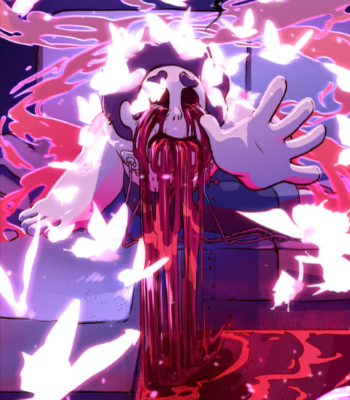 The premise of the fanfic being the main character suffering a brutal death and its consequences, it's bound to have truly horrible moments.