Fanfic / And If That Don't Work? 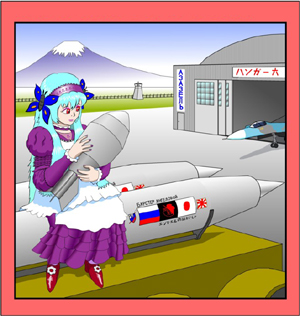 And If That Don't Work?

by Sunshine Temple is a Neon Genesis Evangelion -and some Team Fortress 2 and The Spoony Experiment- fanfic where with enough gun, even an Angel can be destroyed, AT field and all, without an Eva. Of course, this tactic usually means wiping out a fair chunk of the surrounding area. And you definitely don't want your pilot and Operations Director getting caught in the blast. Nevertheless, with a proven alternative available, NERV's political position has changed big time. And Shinji? Well...Shinji rapidly becomes either unrecognizable or more "natural".

By the same author is The Return, a Ranma ½/Sailor Moon cross which does much the same thing with those franchises.