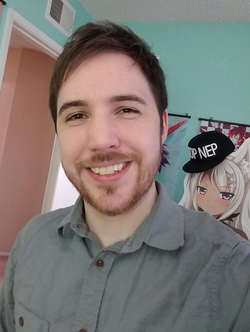 Lost Pause is a YouTube channel belonging to Noble, who is known for his silliness, constant laughter and fun-loving attitude. Most of his content revolves around anime-related topics and Reaction Videos, usually "Try Not To Laugh Challenges" or variations, anime Vine/"crack" compilations, and meme compilations.

Recurring segments on Lost Pause include: