Fanfic / Requiem for a Loud 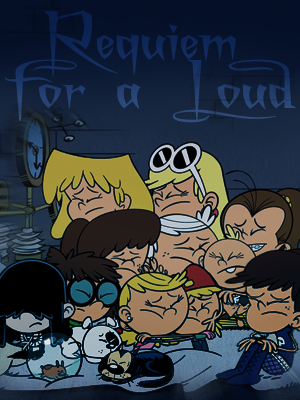 who also wrote the Heroverse. It is simultaneously available in English

. There are also a Korean translation

, both approved by the author, but they were discontinued after chapter 15 and chapter 2 respectively. Both the Spanish and English versions began to be published on August 2, 2016, and were finished exactly three years later. One year later, both received an epilogue chapter.

When Lincoln passes out while playing with Lynn, he is diagnosed with neurofibromatosis, a disease that has caused tumors to grow on his brain. And they're already in such an advanced state that there is nothing the doctors can do for him, leaving Lincoln with only 2 to 3 weeks left to live. The news leaves his family in a severe state of depression while Lincoln is forced to come to terms with the fact that his days are numbered, and how it will affect those he loves.

Requiem for a Loud provides examples of: