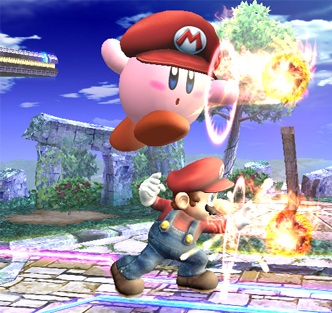 Ordinarily, learning a new technique requires an instructor and long days of practice. However, some characters have the power to learn techniques just by watching someone else perform them a few times. Commonly, they can immediately do the copied techniques in the same amount of expertise/adeptness, but there are occasional times when they have to re-train what they just copied. Given the setting, this can even extend to magic spells and super powers.

Characters with this power tend to be very versatile and difficult to predict, capable of easily catching opponents off guard and beating them at their own game.

However, this power is seldom used to its full potential, as a character that can do anything is really difficult to balance and can quickly turn into a Story-Breaker Power if no limitations exist.

So, in the name of balance, the power is often given one or more of the following limitations:

Compare All Your Powers Combined, Adaptive Ability, The Assimilator, and Material Mimicry. This is a subtrope of Meta Power.

Radical Centrist is shown to have the power to copy his enemy's powers.

Radical Centrist is shown to have the power to copy his enemy's powers.