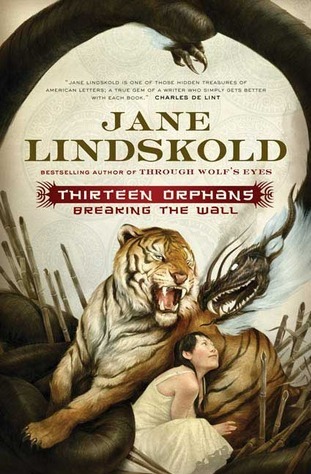 Over one hundred years ago in another world known as the Lands Born of Smoke and Sacrifice, an emperor was deposed. To preserve their families' safety and livlihood, his twelve advisors took his young son and accepted exile from their homeland. An exile which brought them to ours.

These exiles, who came to call themselves the Thirteen Orphans, represent the twelve animals on the Chinese zodiac, with their emperor representing the cat. They settled in our world, doing what they could to preserve their magical knowledge until the exile was rescinded for either themselves or their descendants.

Today, Gaheris Morris, great-grandson of the original Exile Rat, had planned to impart this knowledge to his heir apparent, his daughter Brenda. He brought her to California to visit the current Tiger, their Honorary Aunt Pearl Bright, and introduce her to the current Cat, Albert Yu. What they find when they arrive is an Albert Yu lacking any memory of the Thirteen Orphans and the start of a journey that will eventually lead them and the other Orphans into battle against enemies from the Lands Born of Smoke and Sacrifice.

The Breaking the Wall trilogy was written by Jane Lindskold, author of the Firekeeper Saga, and has three books: Thirteen Orphans, Nine Gates, and Five Odd Honors, detailing the Orphans' quest to defend themselves from attack from the Lands and make their return to it and discover the cause behind them after all this time.