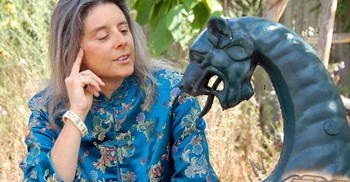 Jane Lindskold is an author of Speculative Fiction, especially Urban Fantasy, known for her association with Roger Zelazny, who mentored her, and whose last two novels she finished posthumously.