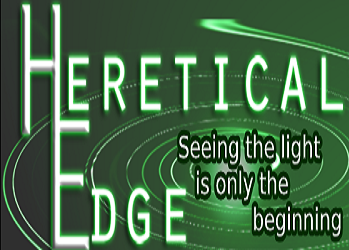 Seeing the light is only the beginning.
Advertisement:

by Cerulean is a Web Serial Novel centered around Felicity "Flick" Chambers, a mostly Ordinary High-School Student who is recruited into Crossroads Academy and brought into a world where she and her fellow students will be made into Heretics and taught to use their extraordinary gifts to protect the mundane world from Strangers, the endless variety of beasts and monsters that lurk within the shadows.

Further complicating matters is the Bystander Effect, the magical phenomenon that renders ordinary humans incapable of defending themselves against the supernatural. And because defending all of humanity isn't a big enough job for the Heretics, there's also Eden's Garden, another faction of Heretics that works with the Strangers.

Worldbuilding spoilers below. If the above description sounds good, start reading now.

At least, that's how Crossroads claims it works. The actual situation isn't quite that simple. Strangers are not universally evil, Eden's Garden isn't as bad as the rumors claim, and Crossroads itself is more sinister than it seems.

And because being recruited into a school for monster hunters doesn't complicate Flick's life enough on its own, we soon learn that she was already more involved with the supernatural than she ever realized when Ammon, the Stranger son of her Missing Mom appears...

Heretical Edge is notable for having a certain degree of Audience Participation. Cerulean has a donations page

for anyone who might want to further support his writing. Like many other popular web serials, readers can earn bonus chapters by adding to the pool of donations. Unlike many web serials, everyone who donates, regardless of how much, is added to a voting list. Every so often, Cerulean gives everyone on that list the option to vote on certain things like which characters get interludes. Or, if you'd prefer, you can forgo the donations pool and donate money directly to earn a "mini-interlude" showing off-screen character moments that would otherwise be skipped.

open/close all folders
A — D
E - L
M - S
T - Z
"From the beginning of time until right now, everything that has ever happened was impossible until someone did it."
-Mini-Interlude 35 – Sands and Scout