Here are the characters of Binbō-gami ga!. 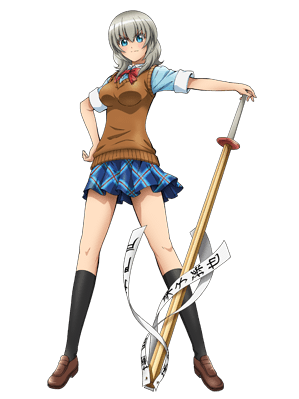 The unofficial "princess" of Taion High School, Ichiko is a Mary Sue in the making: beautiful, strong, athletic, smart, popular with boys, and blessed with a great rack. She's also quite spoiled rotten inside, and her perpetually good fortune is revealed to be the result of unconsciously sucking out that of others. Beneath that rotten core, however, is a kind soul still hurting from the many years of parental neglect. 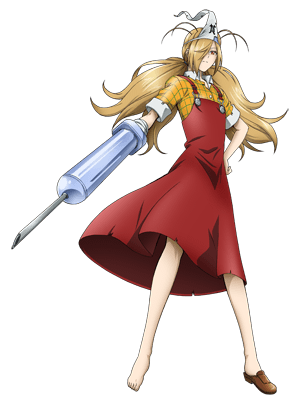 A deity of misfortune sent to the human world to take away Ichiko's excess good karma before she unwittingly causes more havoc. She wields a giant hypodermic needle and also likes to dress herself up in different costumes.

Ichiko's next-seat classmate and a heavy sleeper, owing to taking on multiple part-time jobs in order to raise his four younger siblings ever since their parents abandoned them to a staggering debt.

Ichiko's long-time butler, who raised her for most, if not all, of her childhood.

A pink-haired girl, with masculine delinquent look and tendencies. After a brief animosity involving Ichiko exploiting her looks to help herself escape from being accused of petty theft, she becomes Ichiko's best friend. 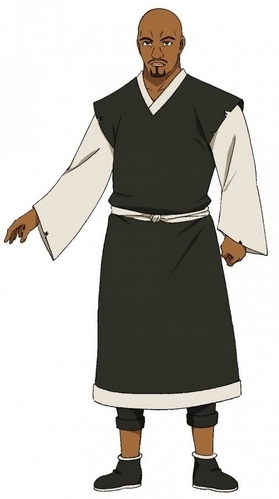 A perverted American monk wandering the world to exterminate evil spirits or gods. He can sense Ichiko's positive energy. 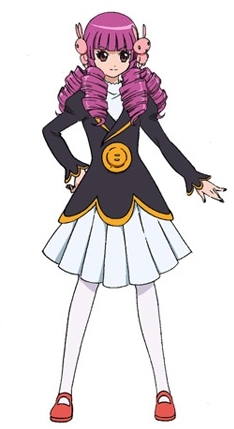 Another rich kid in Ichiko's class, she doesn't make a major influence into the story until much later, where it's revealed that she was a girl madly in love with Keita from the shadows... "mad" as in willing to ruin any potential competition.

Nadeshiko's loyal butler since their childhood. 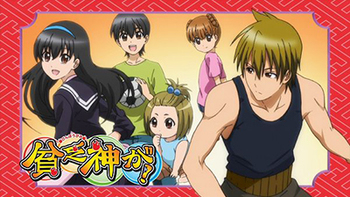 A kitten who Momiji arranges to have taken in by Ichiko. After being given a large amount of her owner's fortune energy, Tama gains godly powers. 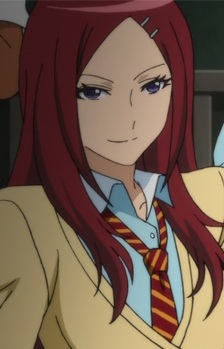 A girl from Ichiko's class who hates her for being so popular with the guys. 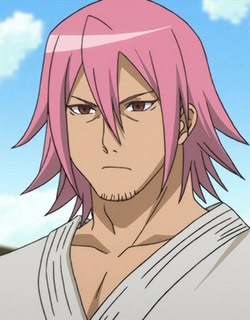 Ranmaru's father, who has trained her to become masculine and thus inherit his karate dojo. 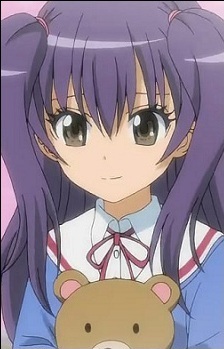 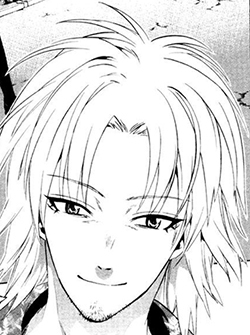 Ichiko's father who has been absent for most of her life. 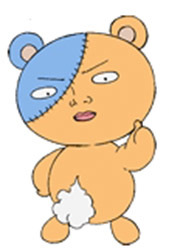 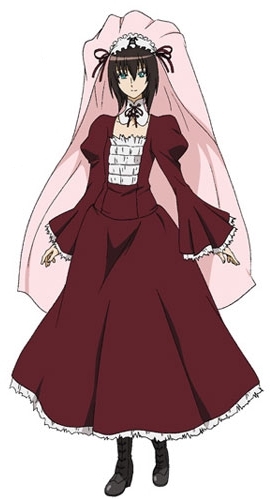 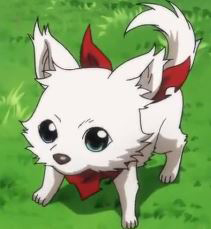 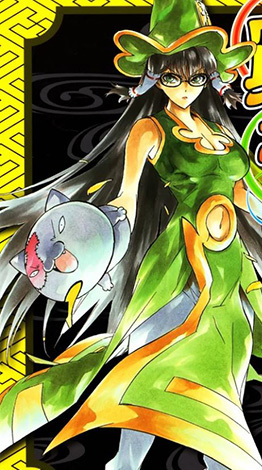 A God of Fortune who comes to the human realm to, like Momiji, extract Ichiko's fortune. 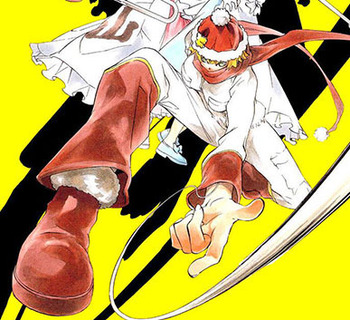 Tanpopo's companion. As a silkworm goddess she is classified as a Fortune god and has the power to spin a nigh-unbreakable thread. 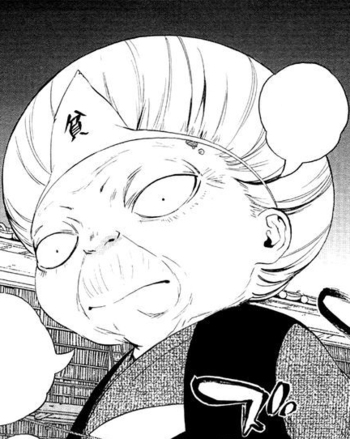 Ichou is the former head chief misfortune god. Though that position is now filled by Yamabuki, Ichou still appears to be in a position above her. 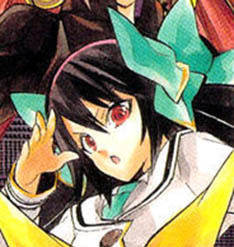 Botan is a ribbon brought to life after a century of living. Her original owner is long dead, but she claims that Ichiko is her reincarnation. She's noted to function as a sort of little sister for Ichiko. 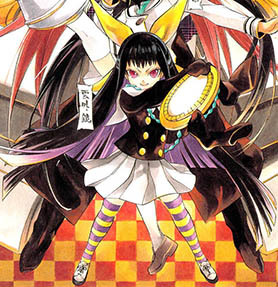 The tsukumogami of a magic mirror which takes the appearance of a little girl with very long hair. Her mission is trapping Ichiko's consciousness inside her mirror to leave her body vacant for Kana's consciousness to be placed in it.

A perverted, lesbian tsukumogami of a kagura suzu. She is the second needed for the ritual to transfer Kanna's consciousness into Ichiko's body. 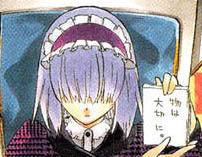 The last of the tsukumogami group. She's the spirit of a book cart (fuguruma), which is why she moves around in a wheelchair. However, no one should underestimate her because her wheelchair transforms into a giant robot. 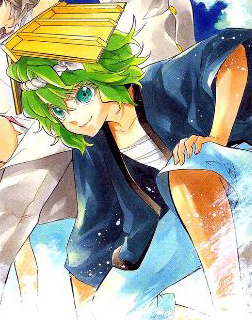 Keita's cart that was brought to life. 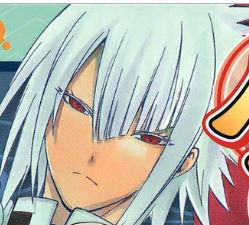 Ikari is a mysterious figure that appears to be attempting to engineer the resurrection of Kanna. Because Ichiko is her reincarnation, he has been manipulating events around her to see Kanna's rebirth. 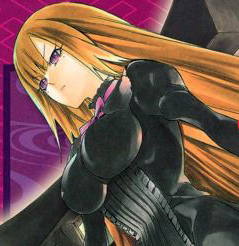 The Night Blade God and one of Ikari's surbordinates. 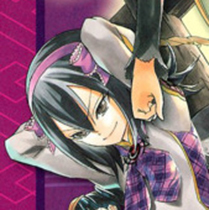 The bond severance god and one of Ikari's cohorts. 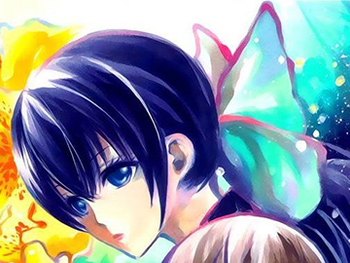 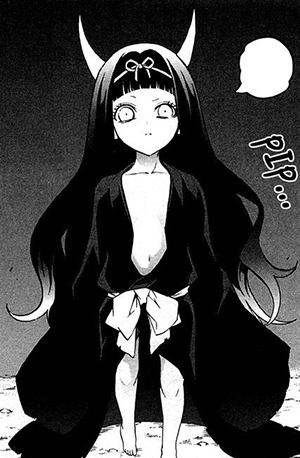 A young misfortune god who was imprisoned from birth because of her dangerously high misfortune energy. She escaped and become the main catalyst of the events that lead to Kanna's death and Ikari's ascension to a god. 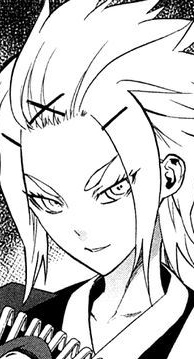 A misfortune god who accompanied Ichou to the human world after Hanabishi escaped. She's the creator of the karma rake and the original owner of the stuffed bear Utsugi, now owned by Ikari.