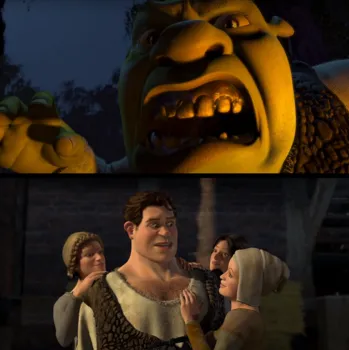 If the transformation is only temporary, it allows for a high-profile Cameo.

Related Tropes: A sort of trans-species Beautiful All Along or Ugly All Along, depending on which form is the "true" or permanent form. May overlap with Bishōnen Line. See Forced Transformation. Contrast Attractive Bent Species for when this happens to a human transformed into a non-human. This would also be a Sub-Trope of Humanity Ensues. Overlaps with A Form You Are Comfortable With and Shapeshifting Seducer.