Tropes pertaining to the cast of Goodnight Punpun. 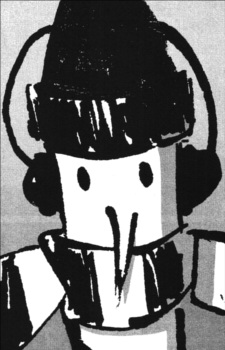 The main character of Oyasumi Punpun. Initially depicted as a vague, childlike drawing of a bird, Punpun is very optimistic and serious as a child. He falls in love with a girl named Aiko, and his promise to her to go to Kagoshima becomes his drive for the remainder of the story. 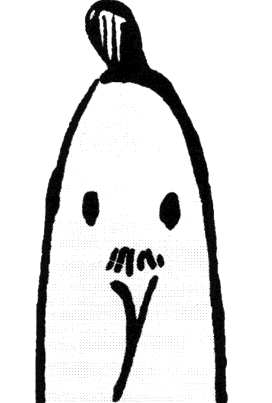 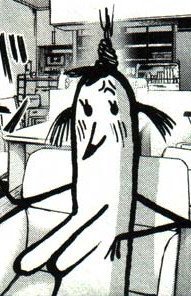 Yuichi
Punpun's uncle (on his mother's side). He serves the role of a guardian to Punpun in lieu of his mother's neglect and his father's bumbling, but is eventually revealed to have his own issues. 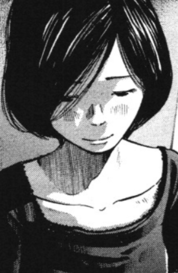 A hard working woman initially introduced as a nurse taking care of Punpun's mother. She works at and eventually runs a cafe where she meets Yuuichi. After becoming more romantically involved with Yuuichi, she moves in with his family. 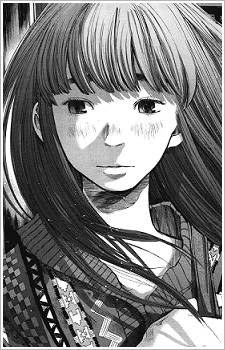 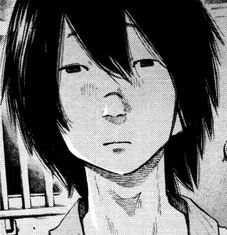 One of Punpun's childhood friends and best friends with Koh Shimizu. 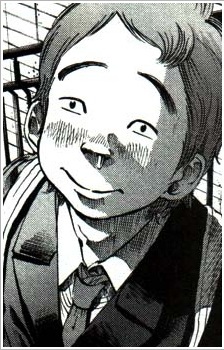 Another one of Punpun's childhood friends and best friends with Seki. 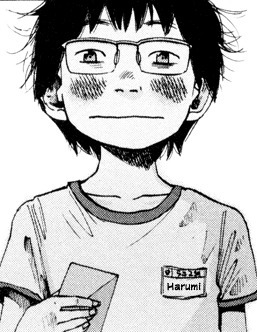 A close childhood friend of Punpun. He sadly moves away early in his life. 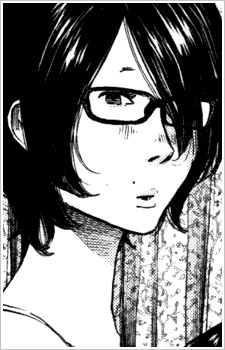 Epilogue, with her daughter 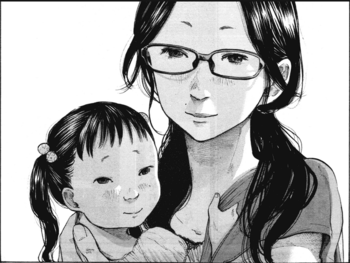 An aspiring manga artist who Punpun eventually becomes involved with. Punpun met her when she was in middle school and he was elementary school, while playing with his friends in an abandoned factory where she used to do her art. 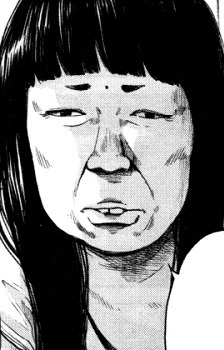 Aiko's stepmother, who is implied to be abusive. The full extent of this abuse and its toll on Aiko, however, is not made apparent until late into the story, where she plays a pivotal role in the plot's darkest turning point. 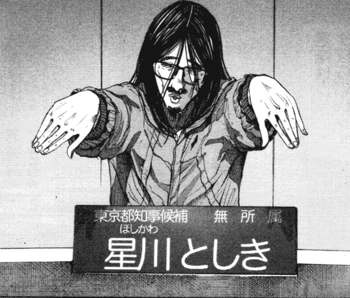 "Good vibrations"
The leader of cult with the goal of "saving the world from destruction through music.