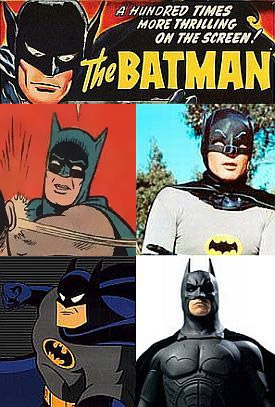 Continuity is a confusing thing. Sometimes when adapting a work, writers will scrap previous continuity and write a new continuity either disregarding the old one, or painting continuity in Broad Strokes. The result is an Alternate Continuity — a story that is no less "official" than the original, but which cannot be reconciled with it with regards to Backstory or canon. It effectively lives in a different plane of existence. Sometimes this forms the basis of a Series Franchise.

Note that this trope is specifically about changes in continuity moving from medium to medium, or after a Continuity Reboot. See also The Movie, Ultimate Universe (a Sub-Trope of this Alternate Continuity), Canon Immigrant and Series Franchise. A Fan Fic which attempts to weld two or more continuities into a single story is called a Patchwork Fic.