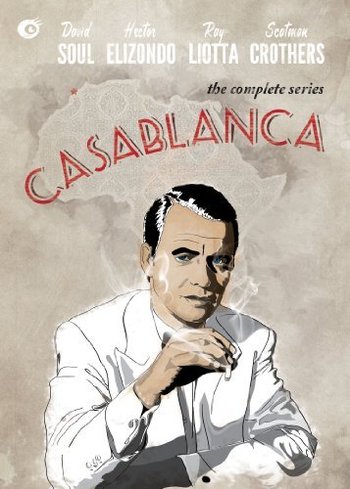 The Series of the 1942 film. Its run of five episodes aired on NBC from April to September 1983. It starred David Soul as Rick Blaine, Scatman Crothers as Sam, and Héctor Elizondo as Captain Renault. It was the second of two attempts at a prequel series,note the first aired on ABC in the mid-'50s taking place about a year before the events of the film.