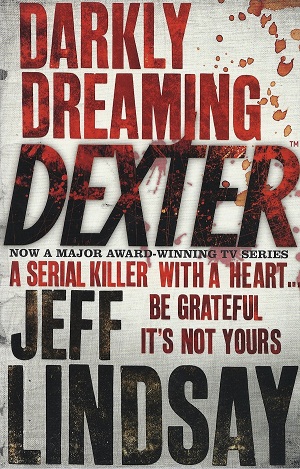 Dexter is a series of crime novels by Jeff Lindsay.

It centers on Dexter Morgan, a blood-spatter analyst in the Miami Metro Police Department. Dexter moonlights as a serial killer in his spare time, which he keeps a secret from his friends and coworkers. His late father Harry taught him to hunt only other serial killers and how to dodge the law, allowing Dexter to cope with his homicidal urges.

The book series so far consists of:

The books were adapted into a TV series in 2006. The first season was a more or less faithful adaptation of Darkly Dreaming Dexter, but subsequent seasons have spun off into a separate canon.

Dexter in the Dark