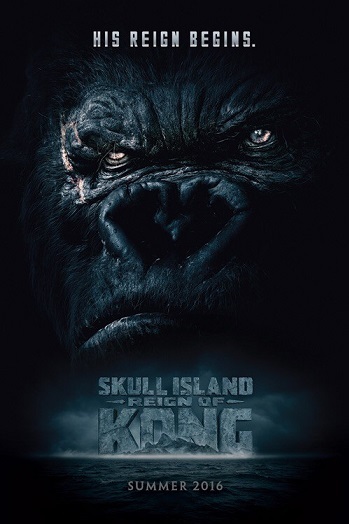 Skull Island: Reign of Kong is a 3-D simulator/dark ride hybrid attraction that can be found at Universal's Islands of Adventure. The attraction is an expanded version of the King Kong 360 sequence that can be found on Universal Studios Hollywood's tram tour. At the same time, the attraction also serves as somewhat of a successor to the original Kongfrontation ride that was located at the neighboring park, Universal Studios Florida.

The ride is set before the events of the remake in an Alternate Continuity where Skull Island's existence became public knowledge, which eventually leads to a trip to the island by a group known as the "Eighth Wonder Expedition Co.", who intend to explore the island, discover as much about it as they can, and bring back any specimens they can retrieve along the way. The group consists of volunteers from around the world, including of course the riders themselves.

The queue of the attraction begins with guests wandering through the territory of island's native tribe, along with several close encounters with the natives themselves. From there, guests board a large expedition transport vehicle and head off on an exploration of the island. The ride descends into numerous close and dangerous encounters with the many different species of the island, such as a swarm of flying carnivores and Carnictus worms, which eventually leads to the climax where guests are pursued by a pack of Venatosauruses before finding themselves in the middle of a giant battle between a Vastatosaurus Rex trio and the mighty ape himself.

The attraction opened up on July 13, 2016, becoming the seventh "island" of the park.

Despite it having a very similar-sounding title and opening just months before its release, this ride is not based on Kong: Skull Island, but rather on the 2005 film.

Tropes shown in Skull Island: Reign of Kong include: