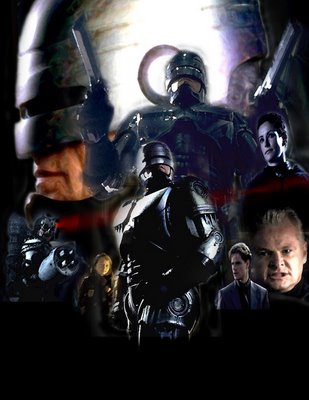 In the intervening years after the events of the first film, Delta City has become fully owned and operated by OCP, while RoboCop/Alex Murphy (Fletcher) has remained in service for over a decade. Murphy's also showing his age, and is scheduled to be retired by OCP because his parts are out of warranty. In addition, his now-grown son James (Anthony Lemke) has become an OCP executive, and his old partner John Cable (Maurice Dean Wint) has returned to the city to become the company's new security commander. By the end of the first episode, Robo is forced to kill Cable, who is subsequently reborn as RoboCable, the second prototype for the once-defunct RoboCop program. Murphy teams up with an anarchist group led by Ann R. Key (Leslie Hope) to stop Cable, OCP (which are now hunting both Murphy and RoboCable) and David Kaydick (Geraint Wyn Davies), Ann's ex-husband and a disgraced OCP scientist who plans to use an organic virus to destroy everyone in Delta City.

The production was filmed and produced in Toronto, Canada, and featured a number of well-known Canadian actors. Richard Eden (who played the title character on RoboCop: The Series) was asked to reprise his role, but backed out. The producers hired Page Fletcher instead, who devised his own movement system to reflect where the character was at that point in his life.