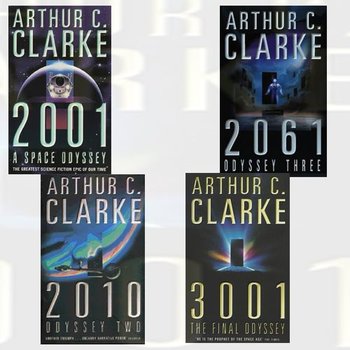 The Space Odyssey Series is a series of novels written by Arthur C. Clarke, which takes a philosophical look at many Speculative Fiction Tropes, such as Precursors, Intelligent Computers, space travel and humankind's place in the universe.

This series of novels contain examples of: