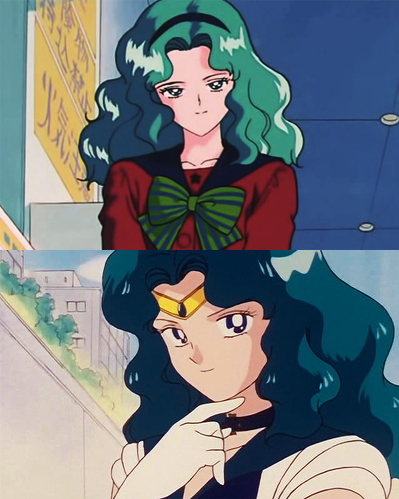 Uranus' classically refined girlfriend, a talented violinist and swimmer. Her poise and elegance coupled with her surprisingly friendly demeanor make her an immediate inspiration to the Guardians. Despite her graceful manners, she's no less merciful than her girlfriend towards those who get in her way.