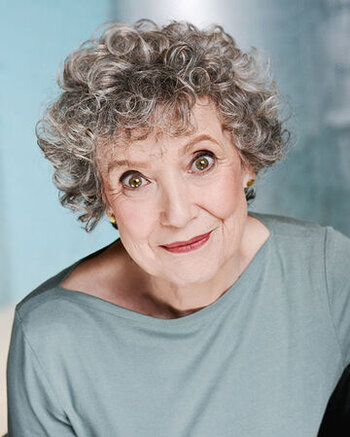 Jill Frappier (born October 7, 1944) is a British-Canadian voice actress. She was born in Romsey, England but came to Canada in 1967 to work as a hostess at the British pavilion during the 1967 International and Universal Exposition. It was there that she met her husband, the Canadian producer, director, editor, actor, and screenwriter Roger Frappier, and got into acting.

Jill Frappier is best known for voicing Luna in the DiC dub of Sailor Moon, but has also appeared in many other animated series like Nelvana's Animated Adaptations of Pippi Longstocking and Anatole, the Nelvana dub of Pecola, Birdz, and Hello Kitty and Friends. However, she also has roles in a number of live-action movies and TV shows, including as a documentary narrator, and has done work in stage theater as a drama teacher.