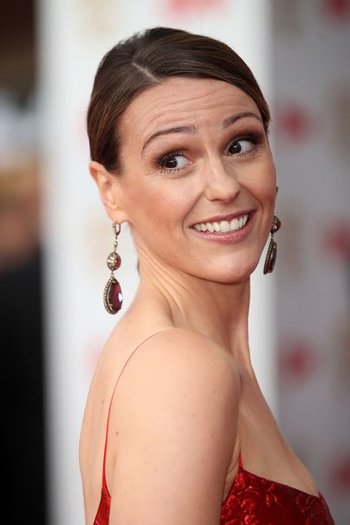 Suranne Jones, born Sarah Anne Jones (born 27 August 1978 in Middleton, England) is a British actor who started off in Coronation Street as Karen McDonald (nee Phillips) a very strong machinist with a Northern accent, once described as a "bulldog in hoop earrings"... then quit after four years to pursue different roles and showcase her talent.

And what talent she's showcased. She's been nominated for multiple awards on stage and screen since then, generally receiving very good reviews for whatever she's turned in.

Her roles have been pretty much entirely in British dramas - the only notable role Americans may know her from was her brilliant turn as Idris (the conscious of the Doctor's TARDIS temporarily transferred into a human form) in Doctor Who.