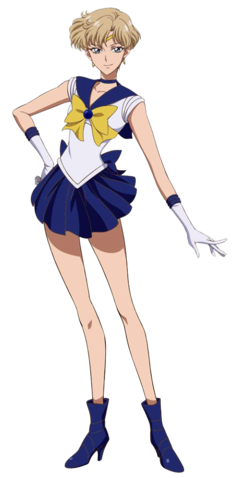 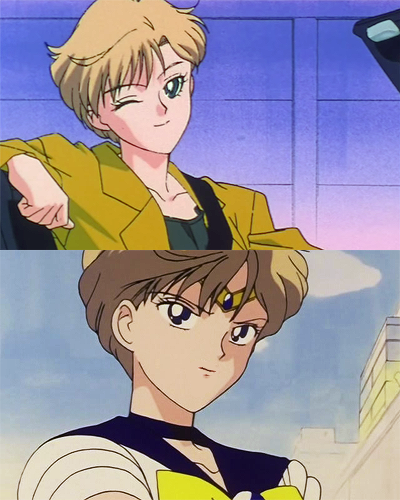 "Guided by a new era, Sailor Uranus acts with elegance!"

The most pragmatic of the guardians, even willing to sacrifice lives for the greater good. Although she puts up a tough facade, she's more damaged by this outlook than she's willing to admit. When not fighting evil, she enjoys playing sports, playing the piano, driving her Cool Car, and generally wowing everyone else in the cast.