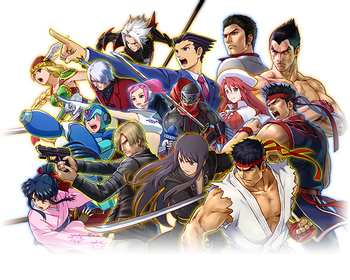 Not even a fifth of the entire cast.
Advertisement:

A list of characters for the Bandai Namco, Capcom, and Sega crossover game Project X Zone. All of these characters retain traits from their source material.

Traits for all characters:

Introduced in the first game

Playable Pair Units (in order of who joins the party)

Support Solo Units (in order of who joins the party)

Voiced by: Herself (Japanese)