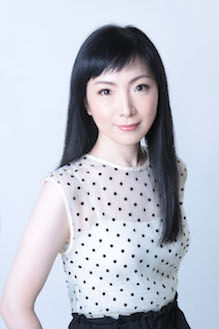 Fumiko Orikasa (born December 27, 1974) is a seiyuu and a singer. If there's a female character who's always ready for action and/or prepared to go to war, you can be sure Orikasa's going to voice her. Expect to find her in some roles where her female character has a hint of anxiety and hesitation, but once that strong-willed male lead teaches her character a thing or two, she'll come bouncing back. And even if she's playing a very softhearted girl who doesn't like fighting, said sweetheart will be plucky and determined when it counts.

She's nicknamed "Oririn". Has been in a few roles alongside Masakazu Morita. Not related in any way to Ai Orikasa.

maho~!
You ready for this? Want to see my Kung-Fu? I'll show you.