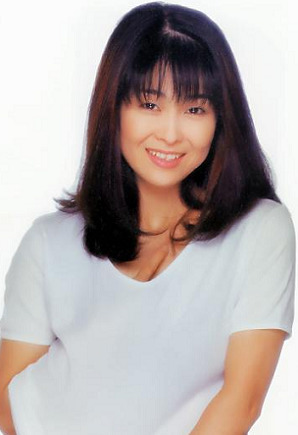 Her real name's Kikue Orikasa (born 12 December 1963 in Tokyo, Japan), but this voice-over actor is plenty popular amongst some veterans and fans (and a singer to boot). For v/o actors to compare with Ai, look no further than Megumi Ogata and Romi Park, due to that semi-masculine voice of hers, perfect for roles intended for teenage boys and young men. Then again, she does voice some rather sultry characters like Ryoko of Tenchi Muyo! and the Japanese dub for Jessica Rabbit in Who Framed Roger Rabbit and voices quite a few evil women. Expect to have Yumi Touma alongside Ai in some of her works, voicing a character that's an older sibling to Ai's (Raine Sage in Tales of Symphonia and Aya Kobayashi in Super Robot Wars, for instance).

Not related in any way to Fumiko Orikasa.

Some of her roles are: