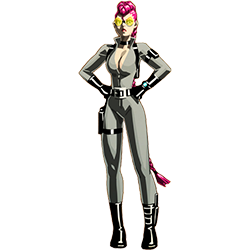 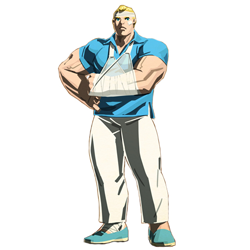 Man Without a Past

"Fighting will help me to remember." 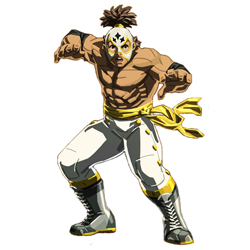 Hurricane of the Gulf 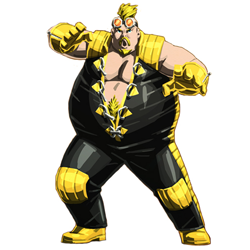 Fighting style: (What he thinks is) Karate and Kung Fu
Voiced by: note Wataru Hatano (Street Fighter IV, Street Fighter X Tekken; Japanese), Christopher Corey Smith (Street Fighter IV, Street Fighter X Tekken; English [as Chris Kent])
A morbidly obese man who wants to fight Ken to prove that he is the number one fighter in the USA. Rufus doesn't actually know what Ken looks like, having only heard about Ken's win in the U.S. fighting scene. He's a very talkative person and usually doesn't stop talking if given the chance. His fighting style is an amalgamation of the numerous kung-fu movies he's watched over the years with a bit of correspondence course work and travel abroad to sort out the fact from the fiction. He has a beautiful girlfriend called Candy, who was once rescued by Rufus when they first met while she was doing a dine and dash. Aside from his pride in his fighting abilities, he's also proud of his motorbike.
Gouken 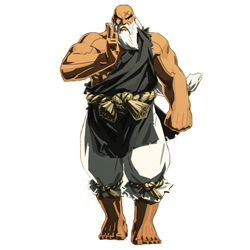 "No illusion is safe when bathed in the pure light of the moon. Now is the time to test your strength!"

He makes an appearance in Street Fighter V as an NPC during the game's tutorial mode, which involves Ryu having a flashback to the Alpha era, back when Gouken was training him.
Seth 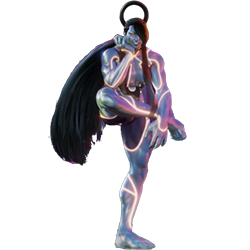 Click here to see him in Street Fighter IV 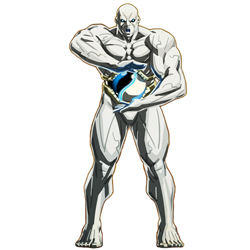 "Etch my name upon your soul, and know that the one who killed you is called Seth."

Fighting style: Transcendent fighting style beyond human knowledge
Voiced by (Seth): note Akio Ōtsuka (Street Fighter IV, Project X Zone, Street Fighter V; Japanese), Michael McConnohie (Street Fighter IV, Street Fighter V; English)
Voiced by (Doll Unit Zero): note Misa Ishii (Japanese), Jo Wyatt (English)
Seth is the CEO of S.I.N, the (former) weapons division of Shadaloo. Seth modified his own body to include an S.I.N invention known as the Tanden Engine; the device is used to help Seth assimilate the abilities of anyone he fights. Seth also created the BLECE Project, which relies on ki to create super-soldiers (in this case, the Ki Seth uses is the Satsui no Hadou); he sees Ryu as the "ultimate test subject" and desires his untapped Satsui no Hadou to complete the BLECE project. Seth has another goal in mind, as well: surpassing his creator, M. Bison, before destroying him once and for all.

Seth returns in V, but in a very different way. During IV, it's revealed that Seth, or rather #15, is actually one of 27 spare robot bodies created for Bison in the event his current one gives out due to his Psycho Power becoming too powerful and exceeding the limits of what it can hold. To further his plans, Bison decided to give one of them complete sentience and propped it up as head of Shadaloo's weapons division - a puppet figurehead to throw off Bison's enemies. With newfound sentience, the unit named itself Seth and believed that with his unique power, he could betray and kill Bison and take over Shadaloo for himself, in order to cement himself as the true world ruler. This did not come to pass, as Bison had already foreseen the possibility of his betrayal when he granted Seth his sentience, and fatally wounded him, leaving his dying body for Juri to finish off. Seth's body was completely destroyed beyond repair...but not his mind. Somehow, the "biological brain" which stored all of Seth's memories and experiences ended up stored within another prototype body for Bison: a female machine called "Doll Unit Zero". The vessel laid dormant within an abandoned S.I.N laboratory, until Juri was asked by an unknown party to infiltrate and retrieve it. However, Juri accidentally activated Doll Unit Zero completely by chance, thus awakening Seth from his long slumber and unleashing him once again upon the world. Unfortunately, it seems Seth may be experiencing some...technical difficulties.Click here for tropes on him.
Advertisement: 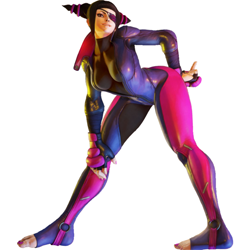 "Let me hear your sweet scream..."

Fighting style: Taekwondo
Voiced by: note Eri Kitamura (Super Street Fighter IV, Street Fighter X Tekken, Project X Zone, Street Fighter V; Japanese), Jessica Straus (Super Street Fighter IV, Street Fighter X Tekken, Street Fighter V; English)
Full name Juri Han, codename "Spider"; she is a Taekwondo prodigy from South Korea whose family was killed by Shadaloo. She then became an agent of S.I.N, becoming the test subject of one of their most advanced pieces of technology: a cybernetic eye implant known as the Feng Shui Engine. The implant, a smaller version of Seth's Tanden Engine, takes ki energy from the surrounding nature and feeds it to the Engine's user to heighten their abilities and make them more powerful. Juri pledges loyalty to Seth in exchange for the "new toy", then enters the new Street Fighter tournament to test her new abilities... and further her own dark agendas. Juri is a dangerous, hedonistic sociopath who likes to taunt her opponents — and she doesn't care about anything but satisfying her dangerous whims.

She returns in V, sporting a brand-new outfit consisting of biker gear, a skin-tight bodysuit undersuit, and an eyepatch covering the eye that is her Feng Shui Engine. Her prologue story reveals that she has lost her original Feng Shui Engine, her eye having been ripped out again by Bison after she launched an attack on him. The reason for her appearance at the abandoned SIN laboratory, as shown in Guile's story, is also revealed: she was there to acquire the prototype version of the Feng Shui Engine to replace the one she lost. She is then contacted by Helen and joins the Illuminati in their plot to destroy Shadaloo and Bison.
Hakan 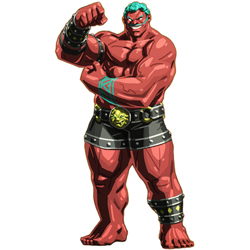 "Never fought a Turkish wrestler before? Glad I could enlighten you!"

Fighting style: Yağlı Güreş (Turkish oil-wrestling)
Voiced by: note Shintaro Ohata (Super Street Fighter IV; Japanese), Lance J. Holt (Super Street Fighter IV; English)
The Turkish CEO of the world's leading cooking oil company, and a practitioner of the national sport of Yağlı Güreş otherwise known as oil-wrestling. His in-game self reflects this with lots of oiled-up grappling and even a move that has him apply more oil to his body, powering up his moves for a short time and making him faster. 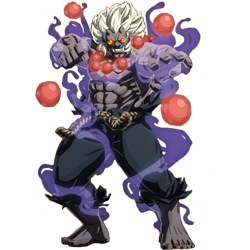 "I alone have mastered the art of combat! My murderous intent shall never fade!"

Fighting style: Ansatsuken
Voiced by: note Taketora (Super Street Fighter IV: Arcade Edition; Japanese), Dave Mallow (Super Street Fighter IV: Arcade Edition; English)
Fully named Kuruoshiki Oni ("Mad Demon"). He is a non-canon What If? character that explores the question "What if Akuma fully mastered the Satsui no Hado?" The answer is Oni: an even more demonic version of Akuma with blue skin, completely red eyes, and glowing light-blue hair. Upon completely mastering it, the Satsui no Hado within Akuma consumes him, body and soul, transforming him into a divine monster. Akuma's consciousness, and with it his code as a warrior, are now locked away inside his own psyche as the evil energy takes over. Now, as Oni, he only craves destruction, and utilizes virtually godlike power in order to fulfill the Satsui no Hado's will.For tropes on him, see Akuma's page. 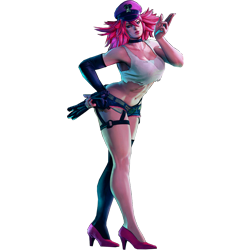 This Rose Has Thorns

"Can't start the show without the star, right?"

Confirmed as a returning character for V, now sporting a longer whip and a more stylized version of her iconic look. 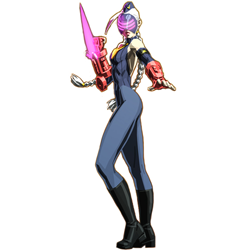 / Shadaloo
Fighting style: Shadaloo elite fighting techniques
Voiced by: note Miyuki Sawashiro (Ultra Street Fighter IV, Street Fighter V; Japanese), Caitlin Glass (Ultra Street Fighter IV, Street Fighter V; English)
One of Bison's Dolls. While Juri ended up severely crippling the majority of the Dolls, Bison managed to keep at least one of them still active. Decapre's motives are unclear. She works under Bison's direct orders like the rest of the Dolls, and it is hinted that she is searching for Cammy as one of her targets. She also has memories of the scary childhood of growing up as a lab experiment.