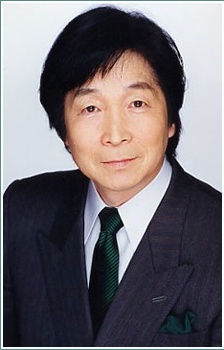 You know what this article lacks? DESIRE AND AMBITION!!!

Toshio Furukawa is a seiyu who was born July 16, 1946 in Tochigi, Japan. His roles vary from the Unlucky Everydude Ataru Moroboshi (Urusei Yatsura), to The Stoic Shin [Fist of the North Star], to The Lancer Kai Shiden [Mobile Suit Gundam], and even The Rival / Big Bad Piccolo Jr. [Dragon Ball Z]. Furthermore, he can play Bishounen and Hot-Blooded boys (see: Portgas D. Ace) as well. He's also notable for being One of Us: his collection of Piccolo and Ace figures rivals that of anyone who doesn't happen to portray those characters as a living.

It seems like my time is up...However, I refuse to be edited by your techniques!
TV Tropes...Farewell