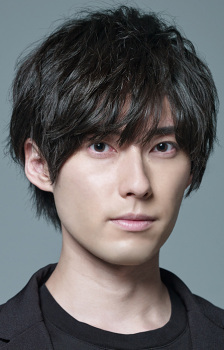 Toshiki Masuda is a Japanese voice actor born on March 8th, 1990 in Hiroshima.

He was first noticed for his roles in Samurai Flamenco (largely his Star-Making Role) and Haikyuu!!, although these days he's added Touken Ranbu and Cute High Earth Defense Club LOVE! to his resume of fame. Much like Yuichiro Umehara (they've worked together for Cute High Earth Defense Club LOVE!), he mostly voices protagonists that are Pretty Boy teens or twenty-somethings.

Interestingly enough, he actually got his start in the theatre, often acting in musicals and plays before he decided to become a voice actor in 2011. It wasn't until 2017 when he returned to the theatre scene with the musical Rusted Armors, which gained much critical acclaim and popularity among the masses.

He launched his solo music career in 2019 under Toy's Factory with the single This One. He then went on to release his first full album Diver in 2020. Sonically, his music leans towards jazz-rock fusion, which - along with his vocals - has garnered much public and critical acclaim.

The child beneath the river, the child of the TV Tropes, I suppose.

Also, his roles has examples of these tropes:

A hero will never give up, never hide, never be defeated and never accept evil.