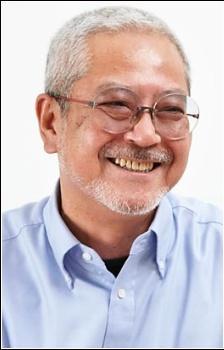 Katsuji Mori (born July 10, 1945) is known as Japan's answer to Casey Kasem. A true Man of a Thousand Voices. Formerly billed under the stage name Setsuya Tanaka, he was often cast early as The Hero in 1970s anime. Now, he voices Retired Badasses.

His birth name was Miyuki Mori, but he legally changed it to "Katsuji" for obvious reasons.