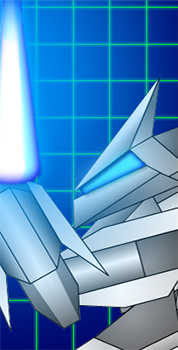 This is Ironcommando. I create M.U.G.E.N characters and AI patches, Unity games, and am currently working in a job after graduating from university. Otherwise, I'm just a 31-year old Chinese Singaporean.

BTW, my name isn't derived from the Beat 'em Up Iron Commando. Long story short, I was making a Metal Slug-esque Adobe Flash game named Metal Commando, but that name was too obvious, so I changed "Metal" into "Iron". Hence Ironcommando.

(Troper Wall is here. Vandalize it if you want to =D)

Advertisement:
Pages created
Tropes I have created/YKTTW
Troper Friends!
I normally find anybody nice whom I interact with or have interacted with on the forums as a friend. Yeah, I'm pretty lenient with friend standards, since I have a Friendless Background. So here goes... =D

(Names in bold are Skype/Discord Friends)

PM me if I missed you.

How to win at Your Avatar V.s. The Above Avatar

Use this.
Mathiverse + The White Light. VsBattles considers both stronger than Azathoth and the Suggsverse, enough said.
Upcoming Trope Sections for MUGEN characters 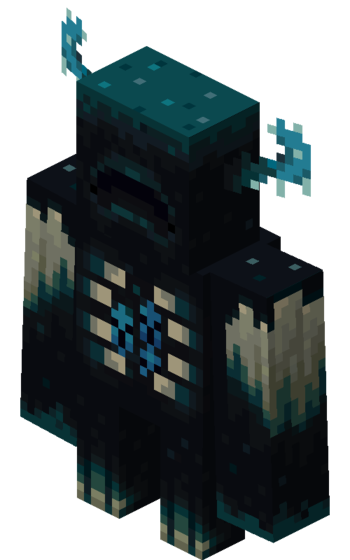 A blind but incredibly powerful mob from Minecraft. Playing as it might be an interesting experience.
Characters without trope pages yet 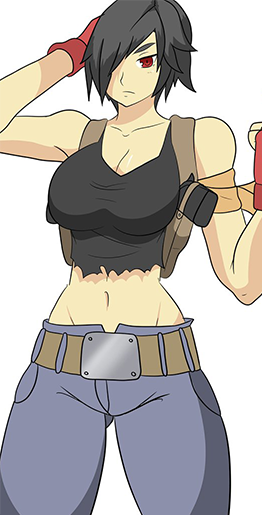 You want my blood? Fuck off.

"They are the virus, I am the cure."
-shoots a zombie in the head, killing it-
"There, fucker's cured."

A lady living in the middle of the zombie apocalypse. She enjoys her life there, since killing zombies is very fun for her. Very sought after by many people due to her blood that's pretty much a Panacea. Also, extremely foulmouthed and can be very rude.

A soldier in the military, who works for the stronghold's leader after the world went to heck.

A scientist working for Genecorp, who detests their inhumane methods.

A female member of the Gang that Rosie was in. As one of the higher ranking enforcers, she keeps well in touch with her gangmates.

An Enforcer soldier who fights against the Resistance and Defiance. Wears a suit that allows him to absorb different kinds of incoming energy damage, and has a variety of tools at its disposal. Upon meeting Lumina and learning about her plight, he agrees to get her home... if she learns how to behave first. 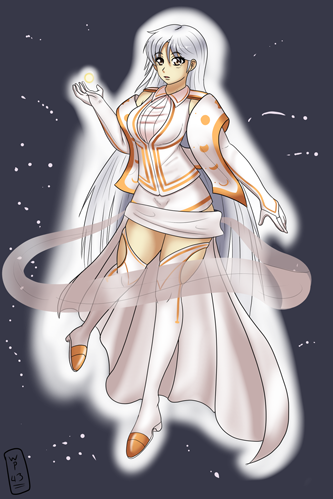 Please show respect to the sun.

A deity and princess of the Holy Kingdom of the Sun, she has been teleported through dimensions and space by an evil faction and seeks to return home.

Child of the Goddess of Life and a higher being known as the "King of Dragons". Has an Arranged Marriage planned for her and the child of the God of Death/Destruction.

An AI being looking for a job and found one at a paperclip making factory. Things soon take a dark turn.

Eldest child of Moonflower along with Poppy. She tends to guard the forest border or go out to help people allied with her forest.

Eldest child of Moonflower along with Snodwdrop. She tends to go outside the forest to fight against enemy armies.

Second youngest member of Moonflower's children, and quite a Cloud Cuckoo Lander. 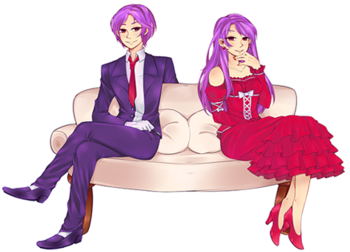 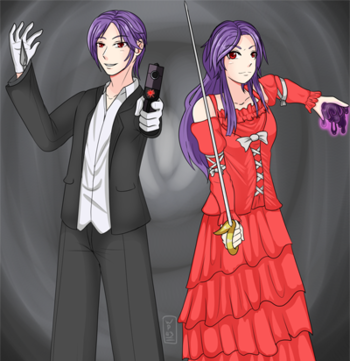 "Good day. You may call us the Fairwells."

Two enigmatic people whose strange ability makes it such that events involving them never happen. May be siblings... maybe.

A teenager boy that the Fairwells encounter at one point. Tends to be a recurring character at some points.

A man who can erase anything from reality with ease.

A man who projects a universe-wide reality-enforcement field, forcing everything in said universe to obey the laws of conventional physics.
Flight of Fancy (tentative name) characters

A dashing half-Italian young man with the ability to create nonliving things that fly, usually in the form of aircraft and Attack Drones.

A Japanese lady working in an military organization that monitors any strange activity from Evan's country, thanks to the alien artifact that landed there. She can create nonliving things that can move on or through the water.
Nightmare Scenario characters

The 20 year old daughter of a human woman and a nightmarish being who's basically the boogeyman.

The king of fear itself and all the Things That Go "Bump" in the Night. Father of Phobia.

Child of two wealthy cultists who worship an Eldritch Abomination, while having the horror's essence within him.
More Metaspace Characters

A denizen from the domain of gas who runs a travel agency. Is an avid bird lover and even has several Energy Being birds as his companions.

Two twin ladies who are part metaspace-being after being experimented on. Elia can create various devices with various functions that can only run on a very specific energy — an energy that Eila produces.

A woman whose soul was extracted and now permanently resides in a strange biometallic, biomechanical alien. She calls it Lucifer since her soul was sold to it.
Characters from an unnamed work

"Fruits and vegetables are healthy, unless you cross me."

Son of the ruler of the Land of Verdure, who is trying to stop the war between his land and Sugar's after his father was captured by the Queen of Sweets.

"You know what people say about sugar being bad for your health? Well..." -lashes out with her candy cane weapon-

Daughter of the ruler of the Land of Sugar, who is trying to confront her mother for throwing her out of the kingdom and starting the war.

Tropes for the Candy Squad

Represents: Caramel/Toffee and the Fire element

An anthropomorphic ice cream named Iceberg who tends to be the Sugar's punching bag. When the war started, he joined the Queen's side in order to get back at her, but... he got a bit more than he expected. Now he's a part-ice cream, part freezer robot monstrosity.

Represents: Hard Candy (such as jawbreakers, rock candy, lollipops) and the Earth element

Represents: Marshmallow, Cake, and the Light element (for his battleship)

Other horrible things from Metaspace

A hostile being from Metaspace with an insanely overpowered ability. Thankfully, it isn't very bright.

Two large humanoids locked in combat with one another. Like Varlet, they have very conditional vulnerability.

An eldritch being with the power to cut communication.

A man who appears to have a cape for hair. Hails from the Dark Web equivalent of Metaspace.
Death Battle Ideas
My personal Tv Tropes Drinking Game

I have created a game called Arc Angle, a Bullet Hell "Shoot 'Em Up" where your main goal is to deflect and return enemy shots with a beam. A second, top-down run-and-gun Action Game called Grid Warrior has been completed.

Vandalize here if you want to :D
Advertisement: