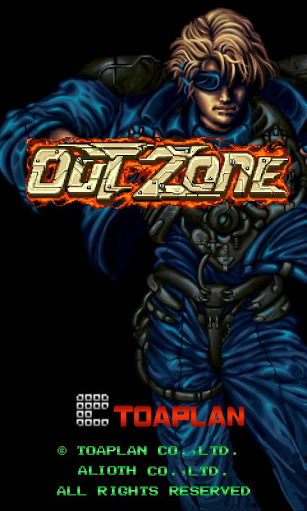 Out Zone is a 1990 action Arcade Game by Toaplan.

The plot is as follows: Taking place in the year 2097, mankind is invaded by an alien force from the planet Owagira, and it is up to cyborg soldiers controlled by the player to destroy the invasion force.

Despite the simple plot, Out Zone is a fun and intense shooter made for the arcades.

A Windows PC port of the game is slated for a February 14, 2023 release on Steam, with the port developed by Bitwave Games as part of a series of Toaplan ports for PC alongside Truxton, Twin Cobra, and Zero Wing.

A Spiritual Sequel, Fixeight, was developed in 1992.