Dhana Ragnarok: The Harbinger of...Well, no one is sure. -Eternal Noob 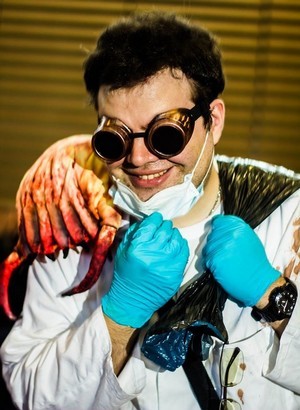 He With The Poultry Hat: An introduction to the madman known as Ragnarok

Hello. My name is Dhana Ragnarok. You reached my Troper Page. Prepare to be disturbed.

Eeyup, the Creepy Good troper that has been basically non-existent for... 3 years, I guess? is baaack! Probably.

Dhana Ragnarok, Georges, Raptor Jesus... ol'Dharling is now 24 years old, with an actual job (in business intelligence!) and a salary and responsibilities and ohmygodwhatiswrongwithyoupeople?!

Contrary to popular rumors* And by popular, I mean "The voices in my head keep bothering me about it." I was not spontaneously created from a massive servers shutdown. Or a satanic ritual. Or Yog-sothoth. I just came here because I was looking for a cheap way to keep my minds occupied. Cheaper than smoking linoleum or licking rare Amazonian frogs, anyway. Or The Legend Of Koizumi.

Troperiffic insights on the specimen 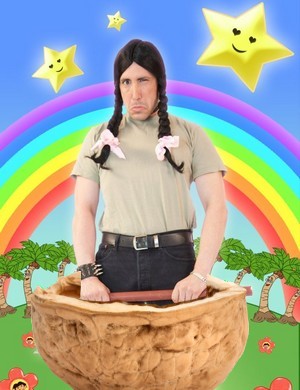 My inner child. In a nutshell.

In case my avatar gallery didn't make this clear already, I'm kind of a xenophile. Among other things.
Il a enchaîné; les huîtres avant de trouver la perle.
Translation: He went from oyster to oyster until he found the pearl.
♫ Celebrate your oddities, your work, your sexuality! Celebrate your urges. Celebrate humanity. Celebrate your fetishes. My message is clear: there's no such thing as normal, everybody's weird! Celebrate your oddities, your art, your own insanity! Celebrate your birth. Celebrate humanity. Celebrate your everything and let me be clear: there's no such thing as normal, everybody's weird! ♪
"Non mais sans déconner! / Non, sans déconner!"en "No, no kidding!" used angrily or sarcastically
"BEST — EVER!"
*groans*"J'ai TELLEMENT envie d'mourir!"en "I wanna die SO DAMN MUCH!"
Usually followed by "Quelqu'un peut me suicider, s'il vous plait?"en "Can somebody suicide me, please?"
Mentions of licking frogs or battery acid.
♥ Dhana's Herd ♥
Because, honestly, a folder named "Dhana's Harem" would stay empty for a few sidereal years. And "Dhana's friends" sounded awfully plain. And then I thought: Plain => Ponies => Herd => OH DHANA YOU ARE BEING A GENIUS AGAIN. So, feel free to send me a PM to be added to our little group. I'm not going to hurt anypony, I swear. :D
♥ For Wannabe Stalkers (ﾟДﾟщ) ♥ 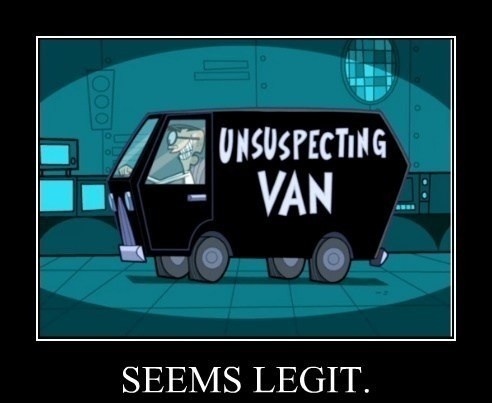 You wonder where you'll find me outside of TV Tropes? Well, now you'll know what sites and users avoid like plague! Ain't that grand? 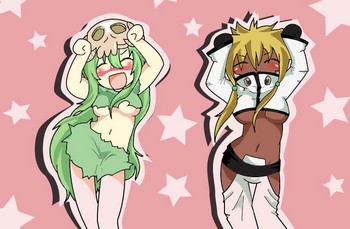 Because you love caramell too !? Marry me. Both of you.
♥ Wide-screen Thingies ♥ 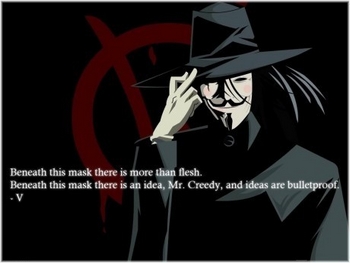 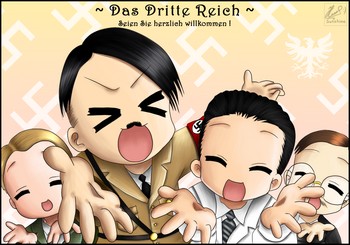 ♥ Cartoons ♥
♥ Comics of the Interwebs ♥