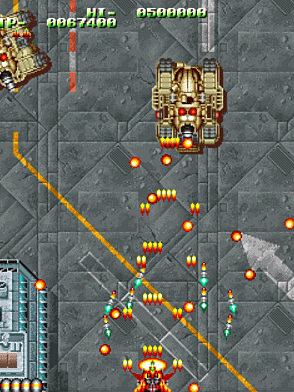 Fire Barrel (also known as Air Assault) is a rather obscure vertical-scrolling Shoot 'Em Up made by Irem in 1993. The game bears many similarities to Raiden, such as weapon types and the overall feel of it. Though it barely resembles it, the game is meant to be a sequel of sort to Air Duel.
Advertisement:

Otherwise, it's a somewhat okay-to good game with Awesome Music.