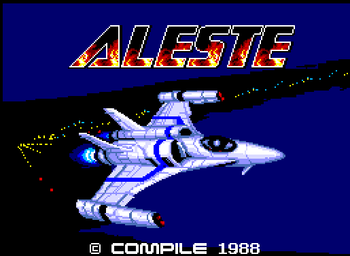 A series of Vertical Scrolling Shooter games made by Compile. Most of the Aleste games received North American and/or European release but were renamed to hide the connection.
Advertisement:

After Compile went out of business, the rights for most of their catalogue went to D4 Enterprise. Much later, the rights to the Aleste series were purchased by M2.