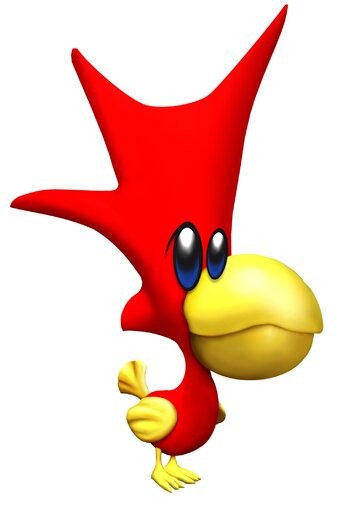 Alfred must save his egg-napped friends from the evil Meka-Chickens. Alfred can walk, jump, and peck balloons and ground switches. While he is in the air he can dive bomb enemies or springs. Dive bombing enemies will destroy them. Dive bombing springs will bounce Alfred much higher so he can reach platforms well above his normal jumping ability.

To complete a level, Alfred must find and peck all of the balloons, the last of which will take him to a boss fight.