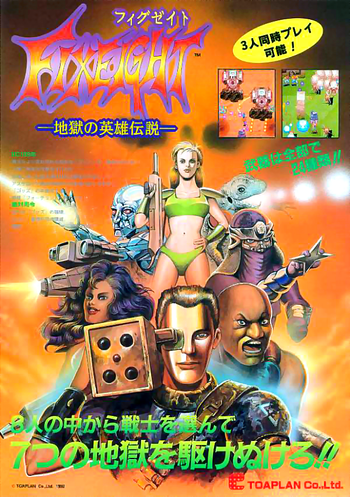 Fixeight is a run-and-gun arcade game made by Toaplan in 1992. It is the Spiritual Sequel to Out Zone

The plot is rather simple: Your character is sent to the alien planet Fortune to destroy it, and with it the Gozzu invasion of our universe.

As a follow-up to Out Zone, Fixeight fixes many of the problems that its predecessor had. The main gimmick of the game are the eight unique characters, each of which have different weapons in their arsenal.