WARNING: Do not add characters exclusive to the pre-Retool roster.

Go back to the main article here.

Information on the Super Smash Flash veterans can be found here.

Information on the non-playable characters throughout the series can be found here.

There are 47 playable characters confirmed for Super Smash Flash 2 (counting Sheik as separate from Zelda), 30 of which are new additions to the roster. Note that the characters are divided into two categories: veteransnote playable in the official Smash games and newcomersnote exclusive to Flash.

Before the retool, there was a roster set for the game. The differences from the current roster were: 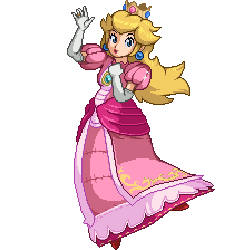 The princess of the Mushroom Kingdom and the usual Damsel in Distress in the Super Mario Bros. series. As in the Smash series, Peach gets her hands dirty by using her innate magic powers and an assortment of items (and assistants) that she brought along. 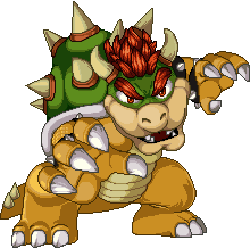 BOWSER IS IN THE CASTLE!
Universe: Super Mario Bros.

The main antagonist of the Super Mario Bros. series, Bowser is the King of the Koopas and repeat kidnapper of Princess Peach. As in the Smash series, Bowser uses his fire-breathing powers, strength, and weight to deal with his opponents. 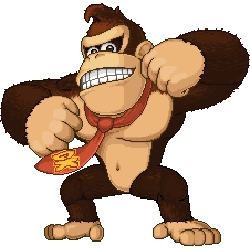 The titular protagonist of the Donkey Kong series since Donkey Kong Country, Donkey Kong is the grandson of the original Donkey Kong and the reigning king of the Kongo Jungle. As in the Smash games, DK prefers to use his strength and fists in battle. 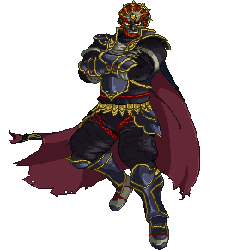 GANONDORF POWERS THROUGH!
Universe: The Legend of Zelda 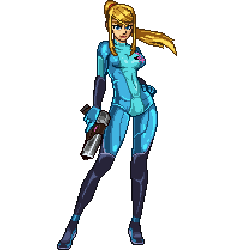 The protagonist of the Metroid series, without her signature armor. As in the Smash games, what she lacks in armor and weaponry, she makes up for in speed and agility. 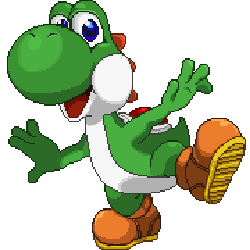 A recurring ally of the Mario Bros. and the titular protagonist of the Yoshi subseries of the Super Mario Bros. series. As in the Smash series, Yoshi uses his speed, chameleon-like tongue and egg-based abilities to fight. 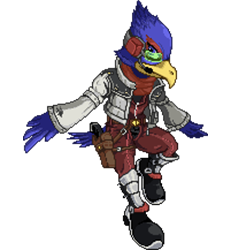 The ace pilot of the titular mercenary team of the Star Fox series, Falco Lombardi is an arrogant, yet reliable wingman of Fox McCloud, the Star Fox team's leader. As in the Smash series, Falco forgoes space combat for hand-to-hand combat, while also using a few gadgets to aid him in battle. 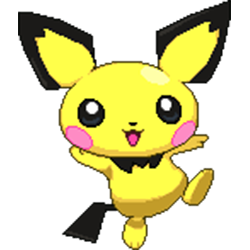 The Tiny Mouse Pokémon, and the pre-evolved form of Pikachu. As in the Smash series, Pichu is a Moveset Clone of Pikachu, but will damage himself every time he uses electricity. 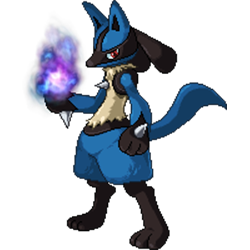 Official debut: Pokémon: Lucario and the Mystery of Mew [Anime], 2005

The Aura Pokémon, Lucario is a master of martial arts and Aura techniques. As in the Smash series, he uses his Aura to deal more damage as he takes more damage. 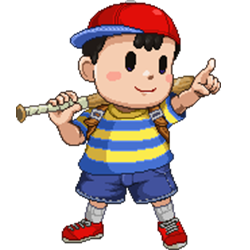 The protagonist of EarthBound, Ness is a child with psychic powers who goes on an adventure to save the world after receiving a warning from the future. As in the Smash series, Ness uses his psychic powers, yo-yo, and bat in combat. 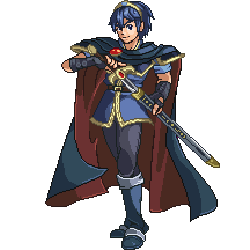 SSF2 debut: v0.9b
Final Smash: Critical Hit
(in Japanese) "Everyone, look at me!"

The prince of Altea and the protagonist of the first and third Fire Emblem games (along with their remakes). As in the Smash series, Marth uses his sacred sword Falchion in battle. 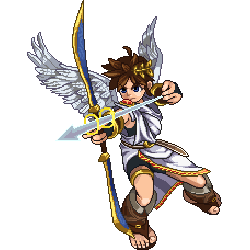 SSF2 debut: Beta v1.0
Final Smash: Three Sacred Treasures
"That all you got?"

The protagonist of the Kid Icarus series, Pit is a flightless angel that captains the army of Palutena, the Goddess of Light. As in the Smash series, Pit uses a variety of weapons to claim victory. 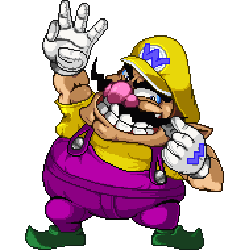 The titular protagonist of the Wario series, Wario started off as an evil counterpart of Mario before becoming the anti-hero of his own series, where he is (mostly) motivated by greed. As in the Smash series, Wario uses his strength and wackiness in combat. 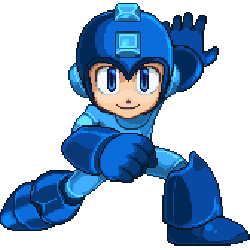 The titular protagonist of the classic Mega Man series, Mega Man was a robotic lab assistant named Rock who was upgraded into a combat robot to stop the nefarious Dr. Wily from taking over the world. Mega Man uses his trademark Mega Buster and an assortment of abilities he took from the various Robot Masters he's fought. While initially a newcomer, Mega Man was retroactively changed to a veteran when he was confirmed to be a Smash fighter four years later. 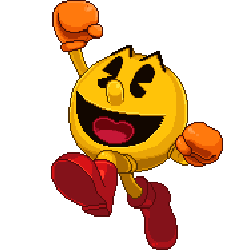 The titular protagonist of the Pac-Man series, Pac-Man is a round yellow character that loves to eat dots and fend off ghosts. As in the Smash games, Pac-Man not only draws on his abilities in his home series, but from sprites and items from other Namco franchises. 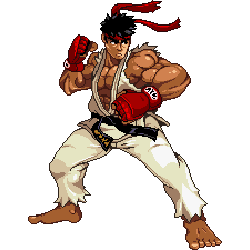 The main protagonist and mascot of the Street Fighter series, Ryu is a master of the Ansatsuken fighting style who wanders the world in order to perfect his skills. As in the Smash series, Ryu brings much of his usual moveset with him, including the use of classic input commands that activate more powerful versions of attacks. 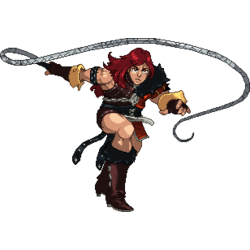 The first and most notable protagonist of the Castlevania series, Simon Belmont comes from a long line of vampire hunters that specialize in taking down Dracula whenever he ressurects and puts humanity in danger. Simon uses an assortment of weapons in battle, chiefly his family's Vampire Killer whip. Coincidentally, Simon barely missed out on being a newcomer to Flash, because he was announced to be a Smash newcomer just two days prior. 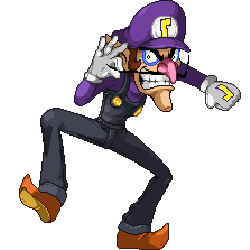 WALUIGI STEALS A SLOT!
Universe: Super Mario Bros.note Originally considered to be a Wario representative, as the Wario logo appeared in his teaser trailer

SSF2 debut: Beta v1.2
Final Smash: Vine Megastrike
"Sit down, loser!"
The bad counterpart to Luigi, Waluigi loves nothing more than causing mischief. In Flash, Waluigi puts his mischief-making to the test by using his wackiness and a few dangerous tricks up his sleeve.
Bandana Dee 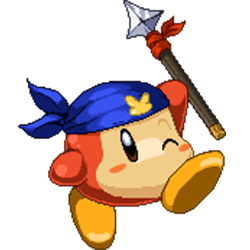 A bandana-clad member of the Waddle Dee species from the Kirby series, Bandana Waddle Dee is a former enemy and current ally of Kirby. He joins Flash using his trademark spear, a parasol, and a Beam rod. 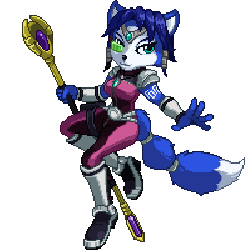 A Cerinian vixen and Fox McCloud's love interest, Krystal joined Team Star Fox after their escapade in Sauria.note Then referred to as Dinosaur Planet Krystal uses her staff and a few gadgets to assist her in battle. 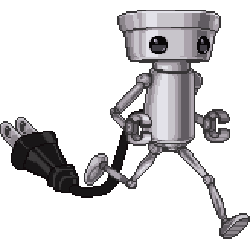 The titular tiny robot from the Chibi-Robo! series, Chibi-Robo's primary job is to ensure his owners, the Sandersons, are happy. In Flash, he uses his plug as a weapon while also bringing along a variety of tools from his home series. 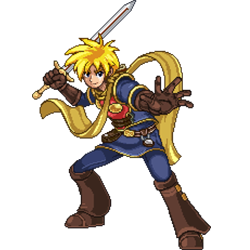 The protagonist of the Golden Sun series, Isaac is a Venus Adept, meaning he can use a psychic-elemental type of magic known as Psynergy. In Flash, Isaac uses a Short Sword and various Psynergy spells in battle. 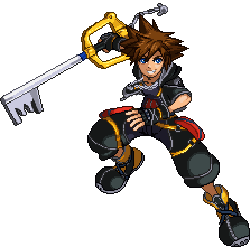 The protagonist of the Kingdom Hearts series, Sora is a boy from Destiny Islands who embarks on an elaborate journey to prevent an evil known as the Heartless from destroying every world. In Flash, Sora uses his Kingdom Key Keyblade and a few spells in battle. 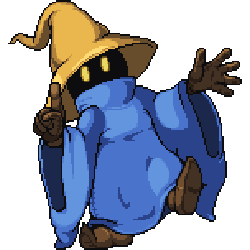 A member of the job class of the same name in the Final Fantasy series, the Black Mage is a mage that primarily uses an attack/effect style of magic known as Black Magic. In Flash, the Black Mage fights using a variety of Black Magic spells, with some Blue Magic and Summon Magic spells thrown in for good measure. He was the first character revealed that wasn't on the first roster - his introduction officially began the retool. 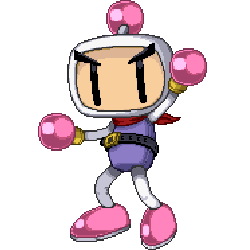 The titular protagonist of the Bomberman series, the White Bomberman is a robot who specializes in creating bombs with his hands. In Flash, Bomberman puts this trait to use throughout his moveset. 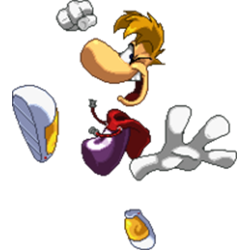 The titular protagonist of the Rayman series, Rayman is a magical creature that protects the Glade of Dreams. Rayman joins Flash using mostly his floating hands and feet, while also bringing along some power-ups from his home series. 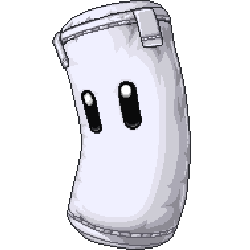 An anthropomorphic sandbag from the official Smash games whose job is usually to be attacked by other fighters without fighting back. It seems Sandbag has had enough, as he now joins the battle with an unorthodox fighting style and a lot of tricks up his sleeve. 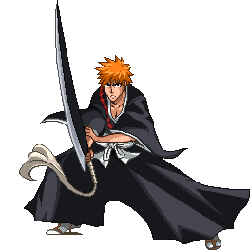 The protagonist of the Bleach franchise, Ichigo Kurosaki was the first character programmed into Super Smash Flash 2. The Soul Reaper is ready to deal out death with his trusty sword Zangetsu and a variety of techniques. 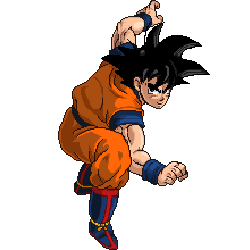 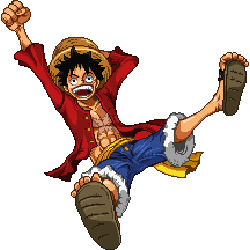 SSF2 debut: Beta v1.0
Final Smash: King Kong Gun
(in Japanese) "Alrighty!"
The protagonist of the One Piece series, Monkey D. Luffy is the captain of the Straw Hat Pirates, who dreams of one day finding the titular One Piece treasure to become king of the pirates. Luffy uses a variety of techniques made possible because of a mystical fruit he ate. Notably, Luffy was the last of the "Shonen Four"note The others, in order of their 2 debut, being Ichigo, Naruto, and Goku to be added to the game.