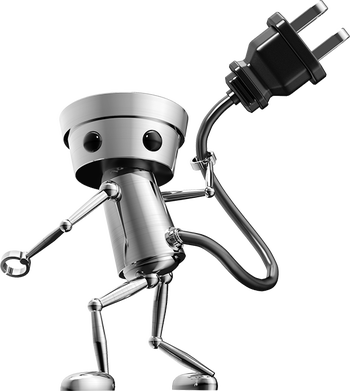 One way of representing a mechanical or electric being is it having a power cord for a tail or a tail that can function like a power cord.

Like a regular power cord, this tail can be plugged into an outlet, or any sort of suitable electrical source, to draw energy. Usually does not have the issue of Cut the Juice (at least depending on the amount of energy the being has and can hold), although Achilles' Power Cord may come into play.