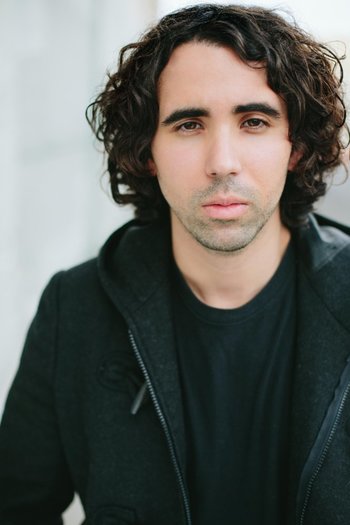 Antony Alexander Del Rio (born October 2, 1991 in Chicago, Illinois) is an American actor and voice actor. He began his acting career at age 4 when he filmed his first national commercial for AT&T, and has since grown to do voice-over work. His best known roles are Ekko from League of Legends, Reptil from The Super Hero Squad Show, and Pit from Kid Icarus: Uprising.

Despite being an adult nowadays, Antony is notable for having a wide vocal range, making him able to do a highly diverse set of voices. He's even among the very few male voice actors who can pull of a young boy voice, and this talent gets him constantly played as young boys when the casting agency isn't in the mood for Cross-Dressing Voices. However, this greatly discredits the man's scope of voice, as he's capable of doing that to relatively-adult sounding voices to full-on baritones.