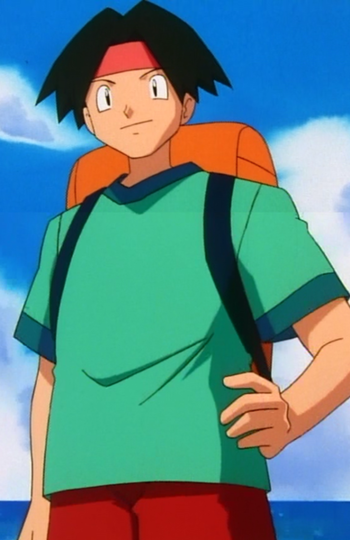 A friend of Ash's, who he met on his trip to the Orange Islands. Specializes in Pokémon watching; i.e. he draws pictures of Pokémon in their natural habitat with surgical precision. Tracey primarily draws Pokémon, but there are several human subjects scattered around his various sketchbooks. Huge fan of Prof. Oak.

Tropes involving him and his Pokémon include: 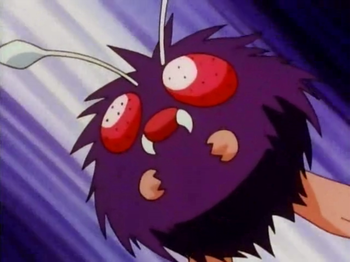 Voiced in Japanese by: Rikako Aikawa
Voiced in English by: Rachael Lillis

The first of Tracey's Pokemon to be introduced. It's often used as a radar by his trainer due to its radar-like vision. 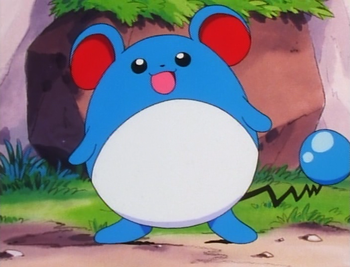 Voiced in Japanese by: Mika Kanai
Voiced in English by: Kayzie Rogers

Tracey's second Pokémon to be introduced. Like Venonat's eyes, Marill's ear are very useful to detect other Pokémon. Marill is more used in battle than Venonat. At Professor Oak's laboratory, Marill gave birth to Misty's Azurill. 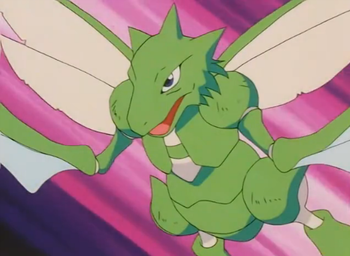 Voiced in Japanese by: Unshō Ishizuka
Voiced in English by: Eric Stuart

This old Scyther used to be a leader of a tribe of Scythers at the Orange Islands, but lost its position to young Scyther. Tracey brought it to the Pokémon Center to have it recover its wounds from the battle, but it goes straight back to its tribe to save them from Team Rocket despite still being injured. After saving its former tribe and giving its blessing to its young successor, Scyther allows Tracey to catch it. Despite its old age and lack of stamina, it still retains its warrior's pride and would develop soon a sort of rivalry with Ash's Charizard. 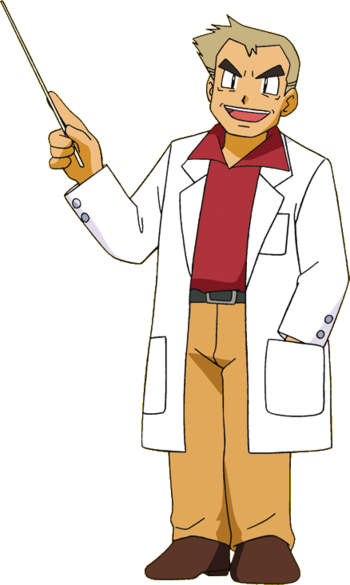 Professor Oak comes from Pallet Town. He is Gary Oak's grandfather and gave Pikachu to Ash as a last resort after he woke up late to take one of the other three starters. His status as a semi-main character means that he shows up the most out of all the professors in theseries. 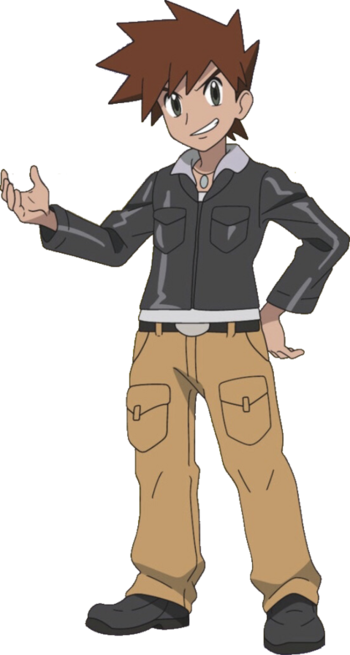 Ash's first rival when he started off as a Pokémon trainer, and the grandson of Professor Oak. Gary and Ash were childhood friends whose relationship soured at some point prior to them leaving home. Gary would often take any chance to insult Ash when they met up, rubbing in his face all the ways he was succeeding better than Ash. But after Ash finally defeated Gary, Gary realized that being a trainer wasn't really his calling and decided to follow in his grandpa's footsteps to become a Pokémon professor. Following Gary retiring as a trainer, he and Ash have mended their old friendship, regarding each other mostly positively whenever their paths cross. 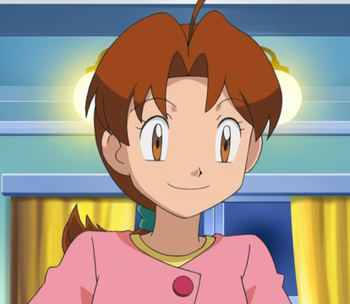 Ash's always-loving mother. Not much more needs to be said about her. Just let the tropes do the talking. 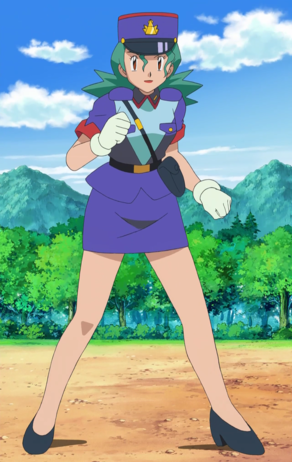 If there's a town with any semblance of law enforcement, then Officer Jenny will be there. They tend to use Pokémon that help in police work, such as Growlithe, Herdier or other police dog stand-ins.

The numerous Jennies out there exhibit the following tropes: 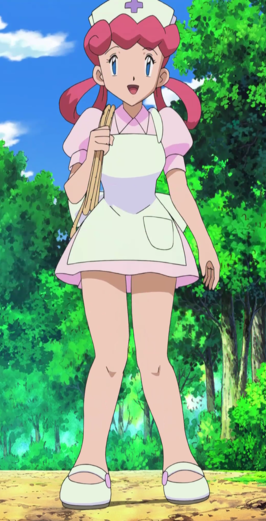 Much like Officer Jenny, Nurse Joy is found anywhere that has a Pokémon center. Their partner Pokémon tend to be ones with healing abilities, like Chansey, Audino and others.

The numerous Joys found around the world exhibit the following tropes: 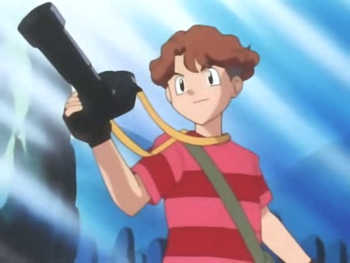 An enthusiastic Pokémon photographer, Todd Snap loves taking photos of Pokémon in their natural habitat and learns from Ash how to properly understand their feelings. In his first appearance, he tries to catch a photo of Pikachu after misunderstanding Team Rocket's request to "catch" Pikachu. He becomes a travelling companion to Ash, Misty and Brock for a short while before departing to explore Kanto's mountain region. He reunites with his friends in Johto, trying to snap Articuno whilst accompanied by Jigglypuff. He is fittingly the star of Pokémon Snap. 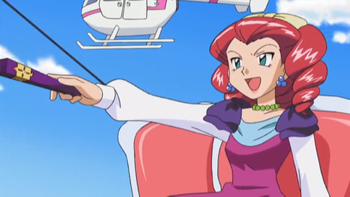 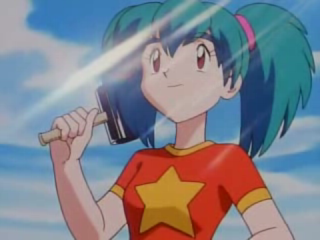 Voiced in Japanese by: Orine Fukushima
Voiced in English by: Megan Hollingshead
Voiced in Latin American Spanish by: Mayra Arellano

A girl who manages her own theater, putting on performances for any travelers who happen to stop by. 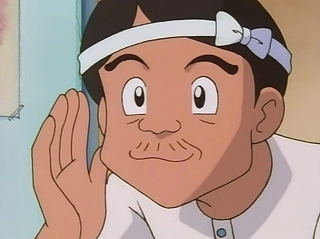 A salesman who sells Magikarp and other useless Pokémon in an attempt to scam his customers, usually Team Rocket. 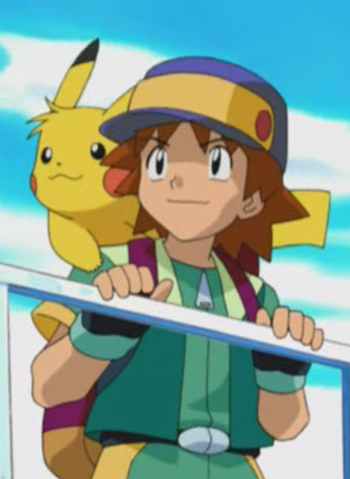 One of Ash's first rivals in the Indigo League and the first one that Ash would lose to in a league. Ritchie is similar to Ash in appearance but is more grounded and calm by comparison. He later appears in the three-part Lugia arc in Master Quest and would later appear again in Chronicles.

Professor Ivy lives in the Orange Islands. She was introduced for little more reason than to give the GS Ball to Ash. Brock also stays with her at her lab temporarily and returns traumatized by whatever happened between them. Ivy studies regional differences in Pokémon physiology. 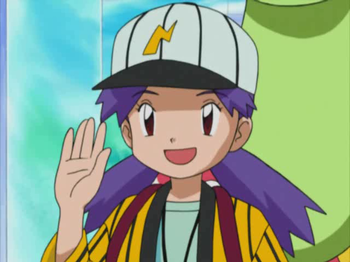 "The one and only!"
Voiced in Japanese by: Nina Kumagaya
Voiced in English by: Kerry Williams
Voiced in Latin American Spanish by: Rommy Mendoza (Original Series), Gaby Ugarte and Georgina Sánchez (Chronicles)

Casey is a trainer from Johto and a huge fan of the Electabuzz baseball team. She appeared in three episodes of the Johto saga of the anime, in the opening of Master Quest next to Gary and Ritchie, and also appeared in two episodes of Pokémon Chronicles, one of which as the main character. 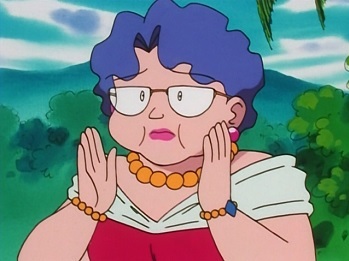 Voiced in Japanese by: Kazuko Yanaga
Voiced in English by: Carol Jacobanis
Voiced in Latin American Spanish by: Ángeles Bravo

A wealthy woman who owns an 86-room mansion in Palm Hills. Muchmoney owns a Snubbull that keeps trying to run away due to being unhappy with being cooped up in the mansion and constantly smothered by its trainer. The Snubbull eventually runs away to the point of chasing after Team Rocket's Meowth, who in turn is chasing after Ash and the gang during their journey around Johto. This leads to Muchmoney finally heading out to search for Snubbull herself. 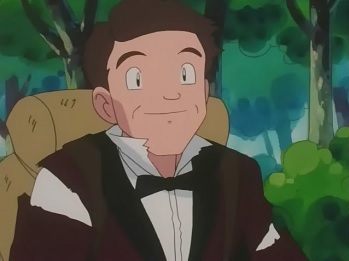 Voiced in Japanese by: Hidenari Ugaki
Voiced in English by: Dan Green 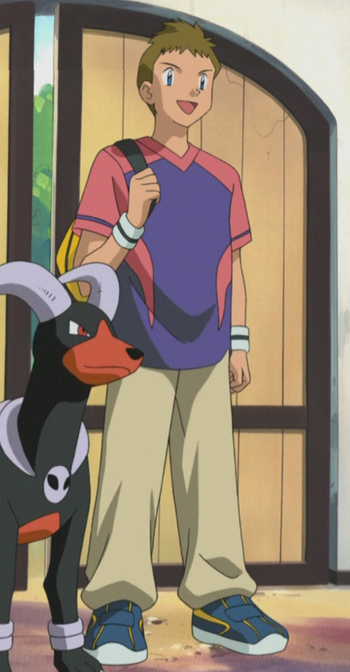 One of the participants of the Silver Conference. Originates from Hoenn and was responsible for defeating Ash. Much as people give Ash flak for never winning a major League, Harrison is highly respected by the fandom for being a genuinely tough opponent and actually earning his victory against Ash (unlike Ritchie, whose reception is more divided). This trend continued with his Hoenn spiritual successor, Tyson. 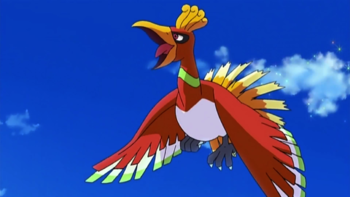 A Legendary Pokémon Ash saw on his first day as a Pokémon trainer. Seeing it causes Ash to realize just how vast the world is and how many Pokémon there are to meet. It has reappeared before him a few times since. 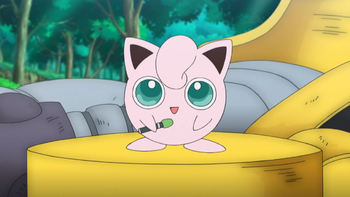 A cute, pink, balloon-like Pokémon who becomes a recurring character up until the Hoenn arc, and later reappeared in the Sun & Moon arc. Desiring to sing its beautiful song, Jigglypuff randomly pops up now and again to attempt its dream. However, its power causes people to fall asleep, and oblivious to this side effect, Jigglypuff assumes its victims are uninterested in it, prompting it to get angry and use its marker pen/microphone to draw on their faces. 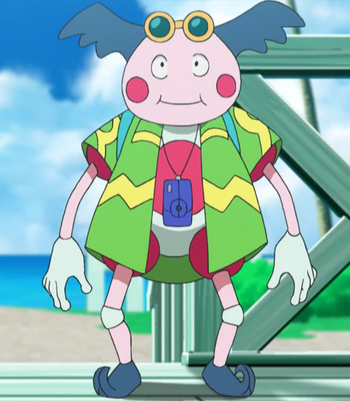 Voiced in Japanese by: Yuji Ueda
Voiced in English by: Kayzie Rogers (Original series to Sun and Moon, episode 1), Michele Knotz (present)
A wild Mr. Mime that has more or less come into Delia's possession since arriving at her doorstep.
Snubbull (Bulu) -> Granbull (Granbulu) 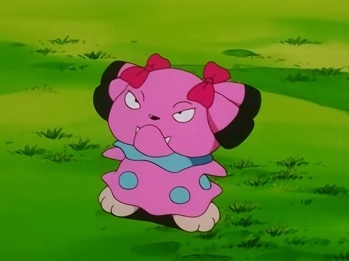 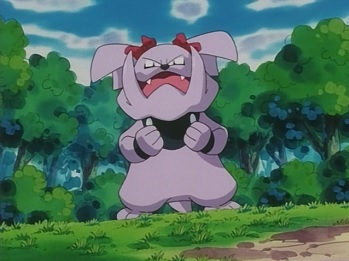 Voiced in Japanese by: Rikako Aikawa (Snubbull and Granbull)
Voiced in English by: Jerry Lobozzo (Snubbull)

A Granbull owned by Madame Muchmoney that likes to bite down on the tails of other Pokémon. Ash and the gang first encounter her as a Snubbull biting down on the tail of a Growlithe, but after returning her to Muchmoney, Snubbull is shown to be unhappy with its cooped up life-style; having tried to run away multiple times beforehand. Muchmoney eventually learns to let her Snubbull enjoy the outside, but she runs away again after taking a liking to the tail of Team Rocket's Meowth, and desires to bite it. The result is Snubbull following around Ash and the gang during her search for Meowth. In her final appearance, Snubbull evolves into Granbull during a battle against Team Rocket, and finally goes home after reuniting with Muchmoney. 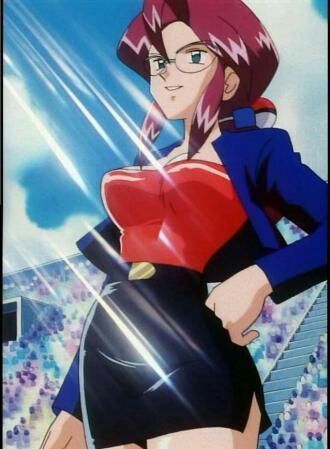 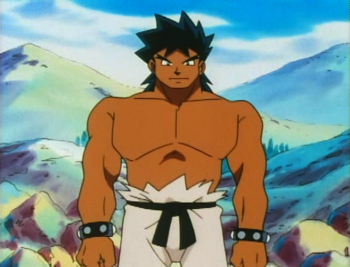 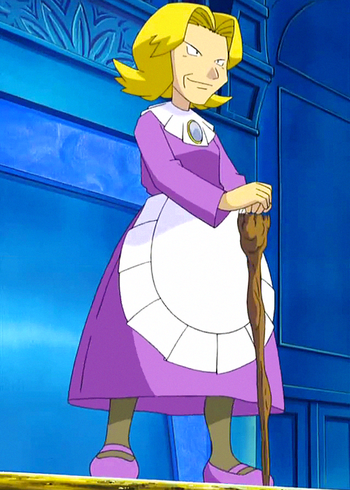 Voiced in Japanese by: Kazuko Sugiyama
Voiced in English by: Allyson Johnson
Voiced in Latin American Spanish by: Gabriela Gómez

The third member of the Elite Four. Agatha was surprisingly absent compared with the other three during the original series, but by the Hoenn season, she is shown to be the temporary Viridian gym leader. 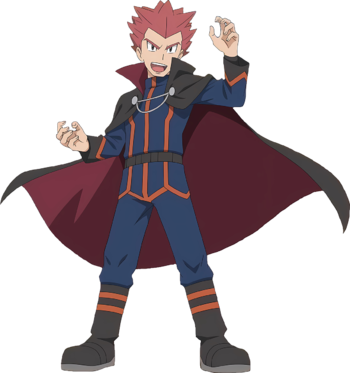 The Champion of the Kanto and Johto regions.