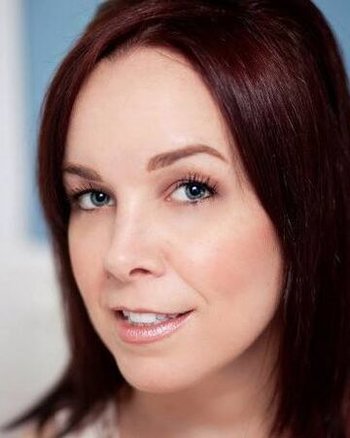 Erica Schroeder (born April 27, 1975) is an American voice actress from Albany, New York, who has worked for 4K Media Inc. (formerly 4Kids Entertainment), DuArt Film and Video, NYAV Post and Central Park Media. She has provided voices in a number of English language versions of films, TV series and video games from various franchises, such as Pokémon, Yu-Gi-Oh!, Sonic the Hedgehog and Winx Club. She is sometimes credited as Bella Hudson.

She's married to a man named Kenneth Kacmar and has 2 children, one of whom - Madigan - has also gone into the industry and has become a rising star in the English dubs of anime films like Mirai and as the title character of Okko's Inn.