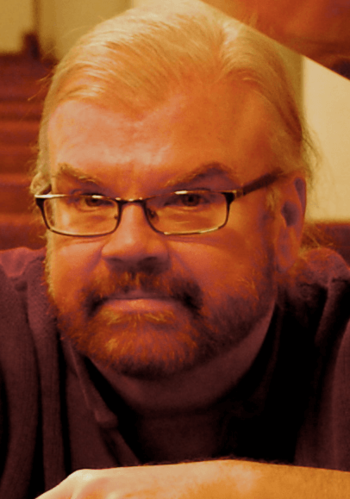 FIND THE COMPUTER ROOM!
James Carter Cathcart, better known as Jimmy Zoppi (born March 8, 1954 in West Long Branch, New Jersey), sometimes credited as Billy Beach and his birth, is an American bassist, pianist, vocalist, and actor. He has been playing with bands since high school and has been a bassist and vocalist of the Carter Cathcart Band since 1981, and is also a pianist. Zoppi's first voiceover part was O.G. Readmore on the ABC Weekend Special. After that, he recorded voice overs for Kit Kat candy bars, Good Humor, Coors Light, and others. Jimmy Zoppi later auditioned and got several roles in the then-unknown Pokémon series. This includes Gary Oak, James (after Ted Lewis & Eric Stuart), Butch, Meowth (after Nathan Price & Maddie Blaustein), and Professor Oak (after Stuart Zagnit). He has since become known for a prolific amount of anime dub voice work for Central Park Media, Media Blasters, DuArt Film and Video, TAJ Productions, and once had multiple roles in many shows from 4Kids Entertainment. This included the role of Vector in Sonic X and Shadow the Hedgehog (utilizing a substantially different voice after his initial appearance in Sonic X, as well as being credited under a different name, led to being confused for a new actor; he was later actually replaced by Dan Green in Mario & Sonic at the Olympic Games). After continuing on with TAJ's dub of Pokémon, he has not as of yet had another role in any 4Kids productions.
Advertisement:

His Dallas equivalent is Sonny Strait.