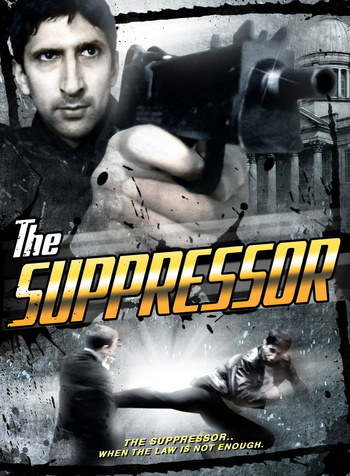 The Suppressor is a British neo-noir film from 2011.

After Blake Bradley loses his wife, Shereen, in a home invasion, he lets his anger build up until he witnesses a prostitute being abused, prompting him to intervene. A mysterious benefactor, claiming to be the prostitute's father, offers to fund Blake's vigilante work in exchange for taking down major drug dealers in Scotland; but Blake's benefactor (credited as Max Bentley) might not be what he seems.

Spoilers abound by virtue of the narrative structure.

Sometimes, the tropes are not good enough: