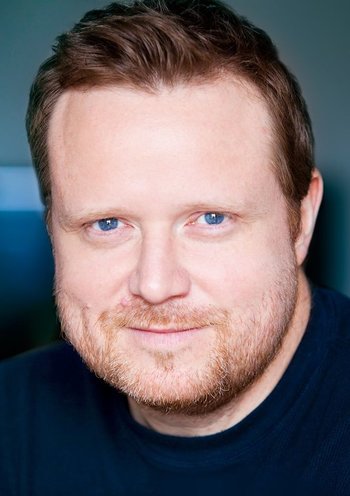 Edmund Paul "Ted" Lewis (born October 18, 1969 in Bellingham, Massachusetts) is one of NY's most well-known voice actors. His resumé stretches far across the spectrum; from the heroic kid to the Big Bad to the comic relief, he's been around the block at least once in terms of roles.

It could also be said he is is a man of a considerable amount of accents, particularly utilized whenever 4Kids Entertainment is involved; such dialects include British, hillbilly, Australian, and the ever-popular American. In his more serious vocal work, he pretty much plays it straight.