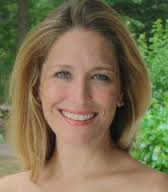 Kirby! Suck it up!

One of New York's most talented yet terribly not prominent voice actresses (considering the condition of the New York Voice Acting industry). She has a good range from voicing girls who are young and energetic. She has potential to voice sisterly girls/women. She got her start in the early 2000s playing Casey from Pokémon while 4Kids Entertainment still licensed the franchise. When 4Kids was still in business, she was one of their most prominent voice actresses. After their collapse, she hasn't appeared as often anymore.

In terms of vocal equivalents, Carrie Savage rivals her in sweet voice and roles she cast in.