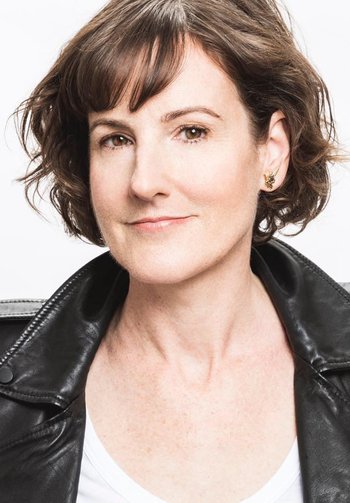 Megan T.D. Hollingshead (September 22, 1968 in New York City, New York) is a former New York voice actress who later moved to California. Her voice can go from suave and sultry to girly girl to strictly business. Her expertise is playing women who are sisterly, motherly, caring, or badass that expose cleavage. She worked on the 4Kids dubs of Pokémon: The Series, Yu-Gi-Oh! and others until 2006. She now works mostly with Studiopolis and Bang Zoom! Entertainment.

Tropes affiliated with the characters voiced by Megan Hollingshead: