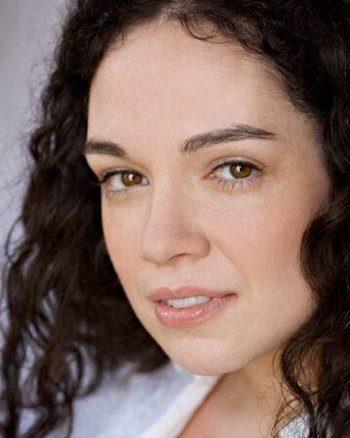 Rachael Lillis (born July 8, 1978) is an American actress and voice actress. Born in Dallas, Texas, she has studied acting in Boston and New York City and has appeared in various theater and independent films.

Lillis' voice work can be heard in various shows, including Pokémon: The Series (as Misty and Jessie, seasons 1-8, and later Maylene), Cubix (Hela), Teenage Mutant Ninja Turtles (Ame Tomoe), Revolutionary Girl Utena (Utena) and various others. She has also lent her voice to video games. She has also recorded several audio books including Diary of a Fairy Godmother, for which she performed the voices for about 25 characters. Her narration and character vocals can be heard in PBS programming as well, including Nova, American Masters and Sesame Street.

In addition to her voiceover, theater and film work, Lillis has also sung and played Irish flute for several local Irish bands in New York City. Before acting, she was a lab technician at Harvard Medical School, and was once pursuing a degree in biotechnology at Columbia University. In 2013, she relocated to Los Angeles and has been doing work there ever since.

No relation to Sophia Lillis.