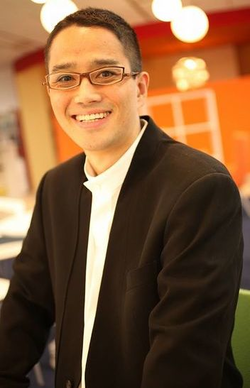 To me, games are life itself.

Satoshi Tajiri (born August 28, 1965) is a Japanese game designer best known as the creator of the incredibly popular Pokémon franchise and the founder of Game Freak.

In his childhood years, Tajiri loved spending his time collecting insects, so much so that he planned to study to become an entomologist. In his teenage years, however, his insect hunting grounds was paved over due to increasing urbanisation, and instead he would spend his time in the local arcade, where he became interested in the technology behind the games. This new interest eventually him lead to pursue a degree in electronics and computer science, which further lead him into the game developer scene. Tajiri did not forget his childhood interests, however, and wanting his games to allow children to have the feeling of catching and collecting creatures as he had, he eventually came up with the concept of Pokémon.

Prior to developing the first games in the Pokémon franchise, he ran an arcade fanzine and developed a few other titles, including Mendel Palace for Namco and Yoshi and Mario & Wario for Nintendo. He has sinced stepped down from director status, preferring to serve as an executive director.

Games he created or worked on: