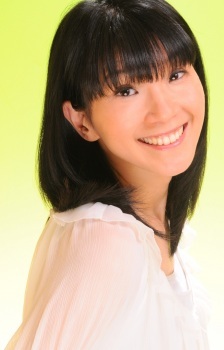 Heeee, thanks for coming here to learn more about Chinami Nishimura! Ahahahahaha!

As The Other Wiki sez, Chinami Nishimura (西村 ちなみ, Nishimura Chinami?, born November 18, 1970) is a seiyū who has voiced characters in both the Japanese and English-dubbed versions of Pokémon. Nishimura was born in Chiba Prefecture. She is employed by 81 Produce.

She plays the Genki Girl or the Plucky Girl of your group. Double points if she's a redhead (though don't confuse her with American VA Trina Nishimura, who's also played a few girls of that type). As of 2012, however, it has been proven that she is pretty much capable of doing something that's not only NOT genki, but instead serene and calm, as shown in Smile Pretty Cure!.