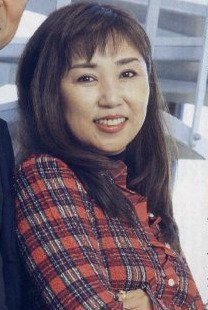 Mami Koyama (born January 17, 1955) is a veteran seiyu from Aichi Prefecture. She likes to be pigeonholed in Lady of War, The Baroness, and Femme Fatale roles and enjoys playing these types too. She also played against type, like Minky Momo or Arale in Doctor Slump. Sometimes, she plays mother roles, too.

She had a relationship with Tohru Furuya, like in Mobile Suit Gundam, Dragon Ball, Saint Seiya, and Casshern Sins. To a point that they even married. Their marriage failed, but they stayed friends.